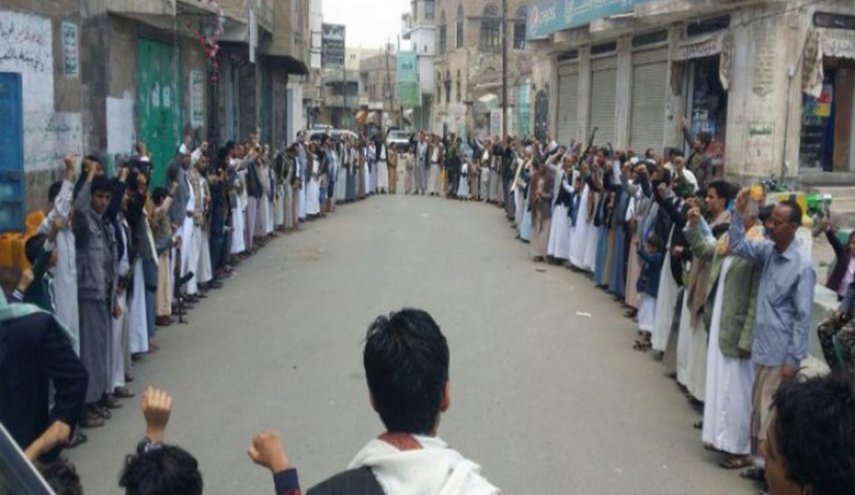 On Friday, the sons of the capital Sana’a held a protest rally to denounce the crimes and violations of the US-Saudi aggression on Yemen.

Statements issued during the event demanded the prosecution of all those involved in the assassination of the martyr President, al-Hamdi.

The participants affirmed that all conspiracies of the US-Saudi aggression countries will fail in the face of the steadfastness and awareness of the Yemeni people.

Grandi: Saudi Attacks on Civilians in Sa’ada Cannot Be Justified