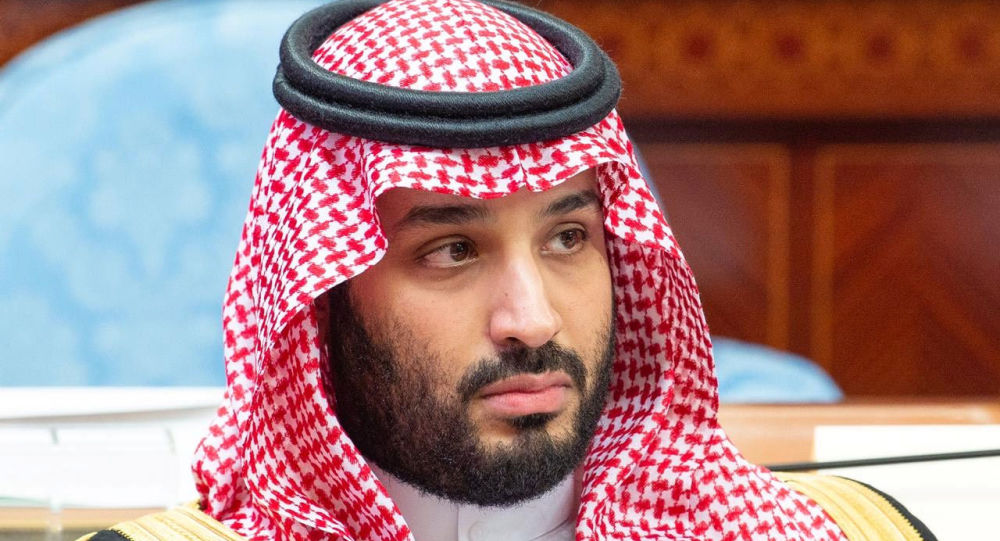 Washington Post: Saudi Crown Prince Arrests Anyone Does Not Sanctify Him, Forgot Clapping

“Saudi Arabia is campaigning against writers who challenge Muhammad bin Salman and his narrow vision,” Saudi Academy of Sciences Madawi  Al-Rasheed wrote in The Washington Post agency. According to the Washington Post, a new crackdown on bloggers and writers in Saudi Arabia is the latest proof that the crown prince is bold to intimidate his citizens because of the support of Western partners, especially the US administration. The unwavering support of President Donald Trump gave Riyadh a white instrument not because it escaped the murder of journalist Jamal Khashoggi but to detain activists and writers.

It is not yet known what the charges against the new detainees are, although they share one thing: the crime of silence. All independent writers have failed to provide enthusiastic support to the prince and his new initiatives. They were all enthusiastic about the Arab Spring in 2011 but have remained silent since the Emir came to power in 2017 and avoided criticizing his policies.

This was clearly not enough. They had to join the propaganda machine controlled by a group of aides. The tendency to worship the personality has become a widespread situation and is devoid of criticism and must be worshiped by citizens permanently. Anyone who fails to make a pledge of allegiance to the “son of the king” commits the crime of inattention.

Among the detainees is the famous journalist Bader Al-Rashed, who worked in the press but maintained his independence, wrote and contributed to a number of books. His writings have a corrective vision of Arab nationalism. Like most young Arab intellectuals, the Arab populist nationalism of the 1960s, such as Nasiriyah and Baathism, was linked to the dictatorship that dominated the Arab world. Instead, Al-Rashed became neo-Arabists, calling them because they separated the idea of Arabism from the shabby ideologies that justified the dictatorship.

Among the detainees is the famous journalist Bader Al-Rashed, who worked in the press but maintained his independence, wrote and contributed to a number of books. His writings have a corrective vision of Arab nationalism. Like most young Arab intellectuals, he rejected the populist Arab nationalism of the 1960s, such as Nasserism and Baathism, which were linked to the dictatorship that dominated the Arab world. Instead, Al-Rashed became neo-Arabists, calling them because they separated the idea of Arabism from the shabby ideologies that justified the dictatorship.

Journalists’ deep and popular ideas did not impress Muhammad bin Salman, a new Arab like Al-Rashed will find ways to combine patriotism with a commitment to regional Arab unity, and such a vision will compete with Mohammed bin Salman’s slogans such as “Saudi Arabia first” and “Saudi Arabia is greater,” slogans that echo Trump’s populist chants in Washington.

The slogan “Saudi Arabia is greater” means that dictatorship remains a dominant mark not in the kingdom but in the whole region, because greatness is always tied to the survival of absolutism.

Despite the failure of the first wave of Arab uprisings, the threat of protest movements, which are getting stronger in Iraq, Lebanon, Algeria and other countries, is a reminder that uprisings are always boiling beneath the surface. Unity of cross-border Arab grievances pursues the crown prince, as is his dictatorial allies in Cairo, Bahrain and elsewhere.

The prince targeted other young writers because of what they had previously written on social media platforms where they tried to seek new insights on public policy and regional issues.

Fouad al-Farhan established RIWAQ as an open and free academy to train students and teachers. The dictatorial reform promoted by the Crown Prince does not tolerate youth initiatives that fall outside his scope. “Liberalism” requires entertainment and art to be under his control.

Hence, legitimate feminism is the one that endorses it, the rest of the other feminist concepts and movements are criminalized and imprisoned, such as Lujain al-Hathloul.

Saudi Arabia’s patriotism requires the Saudis to be Saudis, which means separating Saudi Arabia from its heritage that is part of the Arab region, because the writers arrested in the new campaign have different positions, they must be silenced and their vision vented.

Al-Rasheed says Mohammed bin Salman is certainly leading nowhere. His plan to revive the economy is faltering, and Aramco’s IPO plan has not succeeded in mobilizing international support due to investor distrust. But Mohammed bin Salman will continue to detain and torture feminists as long as his patrons in Washington silence his abuses. Arrests will increase as his giant projects fail because he will feel jittery about his future as the “son of the king.”

An Official Reception Ceremony for the Freed Captives in Ibb Province