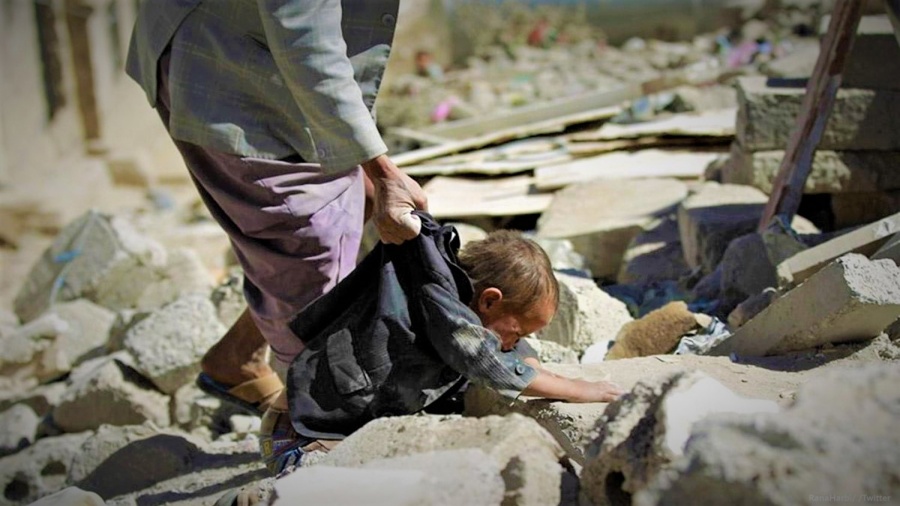 During the 1700 days of the US-Saudi led aggression on Yemen more than seven thousand and 500 Yemeni children were killed and injured.

On Sunday, the Entesaf Organization for Women and Children Rights issued its first report on the violations of the US-Saudi Aggression against the children of Yemen throughout 1700 days.

The Organization confirmed that the number of victims of aggression’s raids during 1700 days is very big, more than 7500 children, including 3672 martyrs.

For his part, the Ministry of Health spokesman, Dr. Yusef Al-Hadheri, explained that US-Saudi airstrikes resulted in more than 800 children with permanent disabilities.

Al-Hadheri stressed that more than eighty thousand children suffer from multiple types of psychological and neurological conditions due to accumulations of 5 years of direct shelling of citizens’ homes.

300,000 Yemeni Patients May Die Due to the Continued Closure of Sana’a Airport