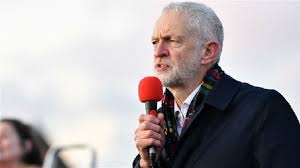 The leader of the British opposition Labor Party, Jeremy Corbyn, said, on Sunday, that if he wins the elections this month, he will stop British arms sales to Saudi Arabia, indicating that Saudi Arabia is using British weapons to kill Yemenis.

In a speech in the northern city of York, Cobain outlined his party’s foreign policy goals: “Labor will stop arms sales to Saudi Arabia for use in Yemen and end the war there, which his party did not strongly support, unlike the conservatives.”

“International Labor policy includes establishing a war prevention fund and investing an additional £ 400 million to strengthen our diplomatic capabilities and increase arms export controls to ensure that we do not participate in fueling wars, as on Yemen”, he added.

An Official Reception Ceremony for the Freed Captives in Ibb Province