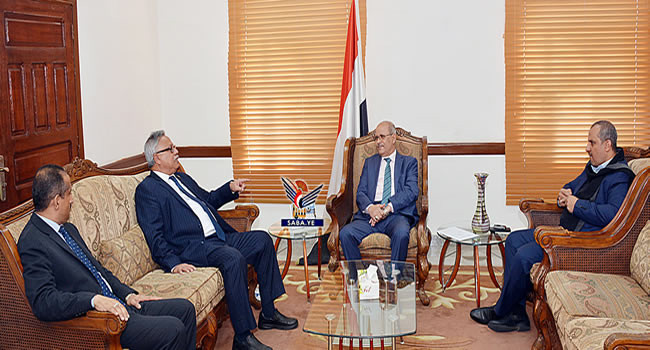 The meeting, which was attended by the Finance Minister ,Sharaf al-Din Al-Kuhlani, reviewed the procedural and technical processes related to the start of the implementation of the national vision phase 1, 2019-2020 , the phase of resilience and recovery at the central and local levels and the translation of its general orientations on the ground, especially those related to citizens and alleviate their suffering.

The meeting also discussed ways to activate the Economic Committee and unite efforts and various channels to advance economic action, as the plan for the first phase of the vision aims to recover and economic recovery because of its importance and direct impact on people’s lives and living and service realities.

It was stressed the importance of concerted efforts by the authorities in the government and other institutions to implement the first phase plan, in addition to activating the ministerial, service, justice, judicial and security committees and mobilizing energies to achieve the goals set in the first phase plan with special attention to public policies. Methodology and work to conform to the national vision and achieve its expected impact to serve the society and consolidate the foundations of nation-building.

Al-Nuaimi stressed the supreme political council’s keenness on the government’s success in implementing the first phase plan and overcoming the difficulties facing it, including the necessary financial requirements.

The political council will always stand by the government in support of its efforts to move Lebanon into a new stage of construction and development, he said.

North Korea Fires Back at Trump, Says Has ‘Nothing More to Lose’