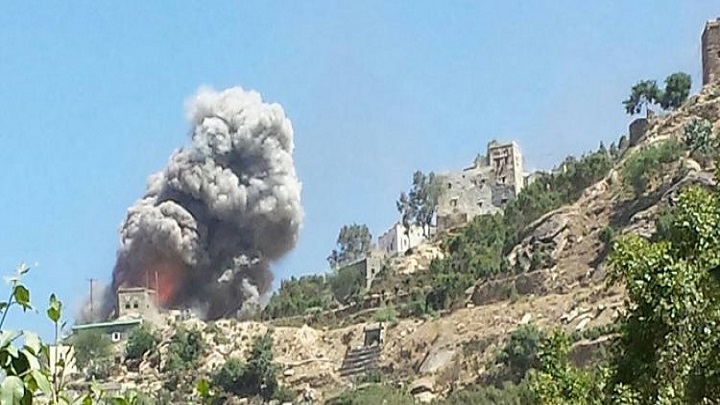 The US-Saudi aggression mercenaries continued to target neighborhoods and residential villages during the past 24 hours.

A security source confirmed that the aggression forces targeted with several artillery shells on homes of citizens in the besieged city of Al-Duraihmi, while the military and spying of the aggression flew over Kilo 16 district of Hayes and the Fazaa regions in Hodeidah province.

The source stated that a Saudi missile and artillery shelling targeted populated villages in the Bani Sayyah area of ​​the Razih border district of Sa’ada province, and many livestock were killed.

The source strongly condemned the barbarism which the brutal aggression and mercenary traitors act by targeting citizens ’properties and their livelihoods in various governorates of the Republic.