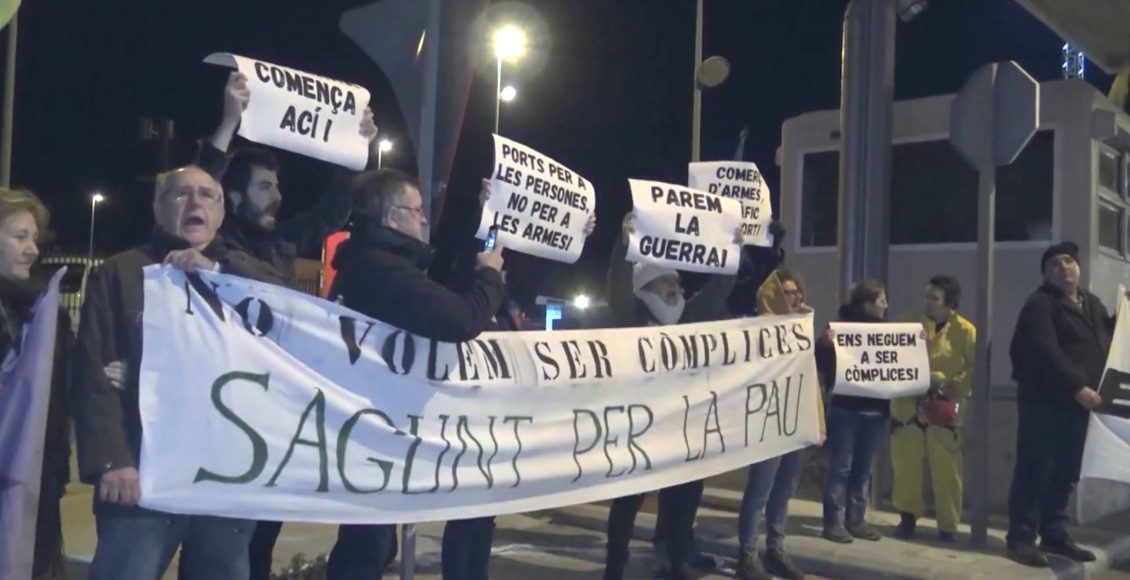 Anti-war campaigners at a Spanish port protested against the presence of a Saudi cargo ship which is suspected of carrying the US and Canadian-manufactured weapons for use in the horrific aggression on Yemen, according to morning star website.

The Bahri Abha ship arrived early today morning from the US into the eastern Spanish port of Sagunto.

The Control Arms Coalition staged a demonstration at the port and demanded that the Spanish government stop the ship from loading any weapons likely to be used by the Saudi government in its Western-backed war on Yemen.

Alberto Estevez, a spokesperson for the campaign, said: “Since Yemen’s current war began in 2015, this same ship has carried weapons, mostly military aircraft components, worth €143 million [£120m] on eight voyages from the United States to Saudi Arabia.

“The Spanish government must intervene to ensure that this Saudi Arabian ship is not transporting more deadly cargo that could be used to commit further atrocities in Yemen.”

The Port Authority of Valencia responded, saying: “The vessel itself, its route, its documentation and scheduled operations in Sagunto are all legal.”

The Anti militarists Conscientious Objection Movement, another Spanish peace group, denounced the “terrible irony” of the situation, saying the ship will allow “war crimes to be committed, which will prolong and increase violence and harm millions of people in the aggression on Yemen” by its unhindered movement through Europe while refugees “find walls, barbed wire, death at sea and racist laws.”

Twitter campaign launched on abuses and crimes of the aggression