Yemen may lose an entire generation due to malnutrition: Report

If there is no intervention to tackle malnutrition in Yemen, an entire generation will be at risk. ”A new warning was issued at the beginning of a United Nations international organization’s report, which reveals the horror of the tragedy caused by the US-Saudi aggression and the blockade imposed on Yemen.

In Yemen, most of the population is living under the weight of the worst disaster Human suffering, by aggression and the siege, according to what the figures reveal and what those concerned organizations and bodies confirm.

The previous warning was issued by the World Food Program, which called for urgent measures to be taken to avoid the occurrence of malnutrition that has spread in Yemen, with the passage of nearly five years of aggression.

This is not the first warning of its kind that reveals the horror of the human tragedy in Yemen, especially in light of the continued aggression and the siege imposed on Yemen, so several reports were issued before that showed these tragedies while the international community taking no real measures to end the aggression and lift the siege.

About “malnutrition”, statistics issued by the United Nations showed the magnitude of the worsening humanitarian catastrophe, which was classified as the worst in the world, and about 20 million people live in food insecurity and struggle to feed themselves.

Of the approximately 10 million people, 70% are children and women with severe food insecurity, i.e. one step away from starvation, according to the UN.

The results of the framework evaluation of food security and nutrition indicated that the acute malnutrition index (humor) in the governorates of Al-Hodeidah, Hadramout, Hajjah, and Abyan exceeded the threshold of 25% according to the WHO classification, while chronic malnutrition (stunting) reached critical levels exceeding 60% in 14 of the 22 governorates. 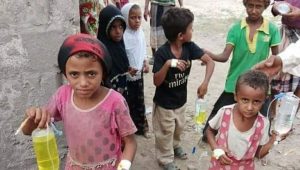 Likewise, the Humanitarian Needs Document prepared by the United Nations Humanitarian Coordinator “OCHA” revealed that about two million children and 1.5 million pregnant or breastfeeding women are suffering from acute malnutrition, and 127 of the 333 districts currently face increased risks of sliding into famine reaching more than 60% of the population.

International reports also reveal that three out of every five children aged 5 to 69 months will suffer from acute malnutrition this year, while 2.5 million pregnant and breastfeeding women need advice on eating methods Feeding newborns and young children from one day to 23 months of age. 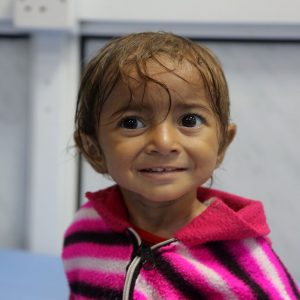 The Supreme Council for the Coordination of Humanitarian Affairs in Yemen has indicated on more than one occasion that international organizations participate in tampering with the funds of donors while denying the figures given by some organizations in their reports on the amount of spending on humanitarian work in Yemen.

Many of the medicines and food provided by those organizations arrive expired, and they also carry out suspicious and illegal activities inside Yemeni cities, including the payment of funds to personalities to cooperate with them in intelligence work, some of which aim to destabilize the internal front against the aggression on the country.

The United Nations officials in Sana’a had asked the Yemeni authorities to conduct field researches concerned with the sexual aspect and the immoral behavior that significantly abandoned our Yemeni society, in a clear indication of the efforts of these organizations to cultivate moral decay in societies suffering from wars, including Yemen.

According to a document circulated by the media, the cost of a project funded by the United Nations and implemented by a local institution amounted to 61 million Yemenis, of which more than 11 million were spent as salaries for workers on it, and 28 million rents and petty cash, while the remaining amount, which is 22 million Yemeni riyals, was the only allocated to citizens. 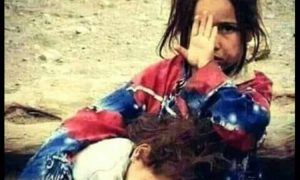 According to all these data, the international organizations concerned with humanitarian work in Yemen undoubtedly trade in the suffering of the people without alleviating this suffering.

Rather, it has reached the point of neglecting the lives of the target groups by destroying hundreds of tons of food and medicinal materials that are corrupt and unfit for human use that international organizations have tried to distribute on the citizens.

The total civilian casualties during the 1,700 days of the war reached 42,135, including more than 5,000 women among the dead and wounded.

The organization notes that 684,451 civilian houses were destroyed by airstrikes and shelling of the forces of aggression on Yemen, during the 1,700 days of the war.

This big number hides the tragedy of children displaced by the war after they lost their homes. According to the statistics, 1052 schools, 383 hospitals, and health facilities, and 1856 reservoirs and water systems were destroyed.

These figures hide the tragedy of millions of children who have lost shelter, education, health, and clean water.