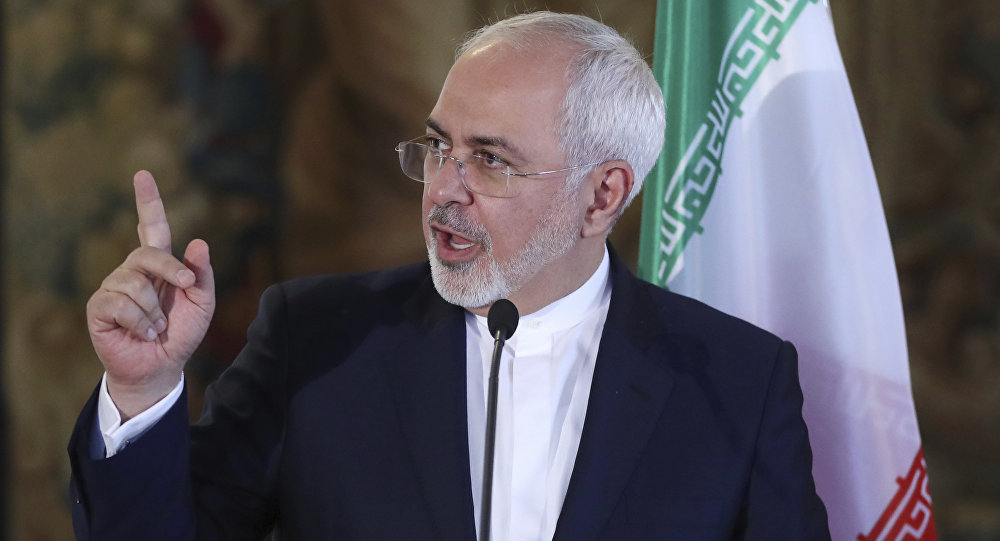 In a post on his official Twitter account on Tuesday, Zarif reiterated the offer for the Persian Gulf littoral states to join Tehran’s peace initiative, known as HOPE, with the aim of enhancing “realistic” cooperation.

“Realpolitik has failed miserably in providing security for anyone in the Persian Gulf. Let’s try more ‘realistic’ cooperation: the #HOPE initiative,” said Zarif.

HOPE — an acronym for Hormuz Peace Endeavor — was unveiled by President Hassan Rouhani at a September meeting of the UN General Assembly, where he invited all countries affected by tensions in the Persian Gulf region to join a coalition meant to enhance friendship and safeguard the region without relying on outsiders.

The tweet was accompanied by footage of a section of Zarif’s speech last week at the Doha Forum in Qatar, where he elaborated on HOPE.

During that speech, Zarif also warned against America’s military presence in the region, which he said has brought about disaster for regional countries and helped foment extremism.

The top diplomat emphasized, however, that the peace initiative needs collective efforts to materialize and said, “Like the nuclear accord, no good idea can be pursued by only one party.”

He was referring to the multilateral nuclear accord inked in 2015 between Iran and six major world states — the US, France, Britain, Russia, China and Germany.

The fate of the deal has been hanging in the balance since May 2018, when the US unilaterally withdrew and launched a push to persuade the other signatories to follow suit.

Despite the hostile move and the ensuing European failure to uphold its end of the bargain, Iran remained compliant with the deal for an entire year before resorting to its legal rights and going for stage-by-stage reductions of its commitments.

Al-Houthi praises the Islamic Summit of Kuala Lumpur, calls for a position for Yemen