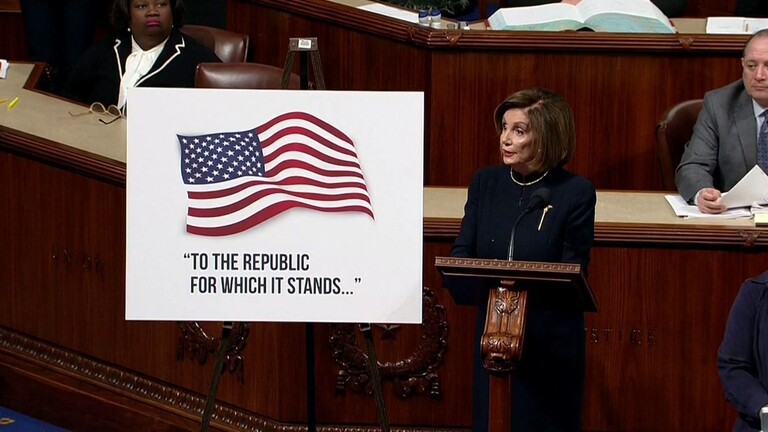 U.S. House Speaker Nancy Pelosi on Wednesday called Donald Trump a threat to American democracy who left Congress no choice but to impeach him as bitterly divided lawmakers debated before historic votes on charges accusing the Republican president of abusing his power and obstructing Congress.

Graphic: Letter from President Donald J. Trump to the Speaker of the House of Representatives, here

With partisan differences on full display and Republicans stoutly defending Trump, the Democratic-led House of Representatives held a debate scheduled for six hours on the two articles of impeachment arising from the president’s actions toward Ukraine.

Trump would become the third U.S. president to be impeached. That would set the stage for a trial in the Republican-led Senate next month, with House members acting as prosecutors and senators as jurors. A conviction would result in his removal from office, but the Senate’s top Republican has said there is “no chance” of that happening.