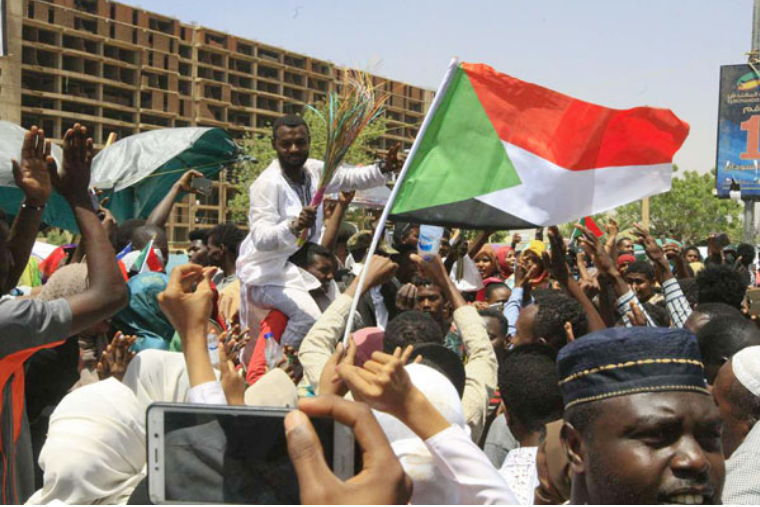 Sudan marks anniversary of its revolution

Amid security measures and road closures in the vicinity of the General Command in Khartoum, Sudanese are taking to the streets on Thursday to mark the first anniversary of the start of their protest movement that toppled Omar al-Bashir in April.

In the central Sudanese town of Atbara, the cradle of the revolution, hundreds are expected to arrive on a train from Khartoum to take part in the town’s first protests in December 2018 after the authorities announced an increase in bread prices.

The transitional government, along with the Coalition for Freedom and Change, is organizing celebrations there to honor thousands of demonstrators who have set off in the opposite direction from Atbara to the capital during key stops of the revolution.

Thursday’s train passengers will stay in Atbara until the 25th of This Month, returning to Khartoum after a week of celebrations.
In Khartoum, celebrations will be held in several areas, including The Green Square, which has been renamed “Freedom Square”, and will be the main venue for the celebration.

“The Government of the Sudanese People’s Revolution will celebrate the first anniversary of the peaceful revolution throughout December,” Transitional Government Prime Minister Abdullah Hamdok said in a statement issued earlier this month.

In anticipation of the celebrations, the Sudanese army announced on Wednesday the closure of all roads to and from the General Command and called on Sudanese to stay away from military positions inside the capital and in various states.