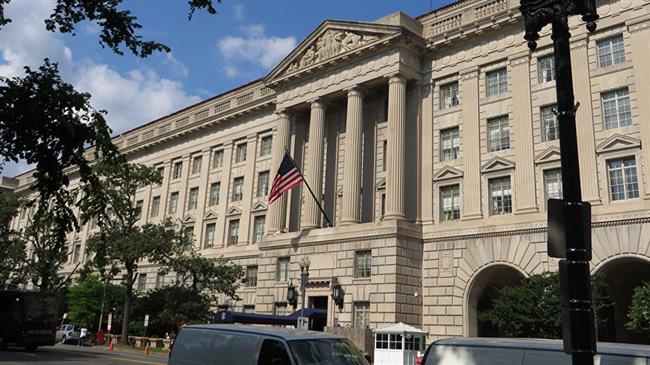 The administration of US President Donald Trump is drafting a set of rules to limit exports of sophisticated technology by American companies to rival powers like China and Russia, according a report.

The US Commerce Department is finalizing five rules covering products like quantum computing and 3-D printing technologies that were mandated by a 2018 US law to keep sensitive technologies out of the hands of America’s adversaries, a document seen by Reuters shows.

Before drafting the rules, the department sought industry opinion last year on a large number of high-tech sectors that it could cover under the law, from robotics to artificial intelligence technology.

That fueled concerns among hi-tech US companies that the department would craft broad, tough regulations that would block a host of exports to major foreign customers.

But Commerce is finishing a first batch of rules that touch on just a few technologies that will be proposed to international bodies before taking effect, the department’s internal status update seen by Reuters shows.

“Based on their titles, the rules appear to be narrowly tailored to address specific national security issues, which should go a long way to calming the nerves of those in industry concerned that the administration would impose controls over broad categories of widely available technologies,” said Kevin Wolf, former assistant secretary of commerce for export administration.

The new rules would be a boon to US industry that feared a much tougher crackdown on sales abroad. But despite the apparent reprieve, Commerce could issue more rules in the future regulating sales abroad of cutting-edge items.

The Commerce document failed to outline when the rule proposals would be published or what the regulations would look like for specific countries. Reuters said the rules would likely take effect mid-2021 at the earliest.

The revelations come amid growing frustration from Republican and Democratic lawmakers over the slow pace of implementing the rule. In a statement to Reuters, Republican Senator Tom Cotton said he was “disappointed at the lack of political will” at the Commerce Department.

“While bureaucrats and industry shills twiddle their thumbs, the Chinese Communist Party continues to purchase sensitive US technologies with clear military applications,” he said.

“China firmly opposes the US abuse of the concept of national security and export control measures to impair normal cooperation between businesses and countries,” Geng said at a regular briefing in Beijing on Wednesday.

The hi-tech sector is one of a number of flashpoints in the US-China relationship, which include a trade war, the South China Sea, Hong Kong and Taiwan.

The aggression forces continue violating the ceasefire agreement in Hodeidah