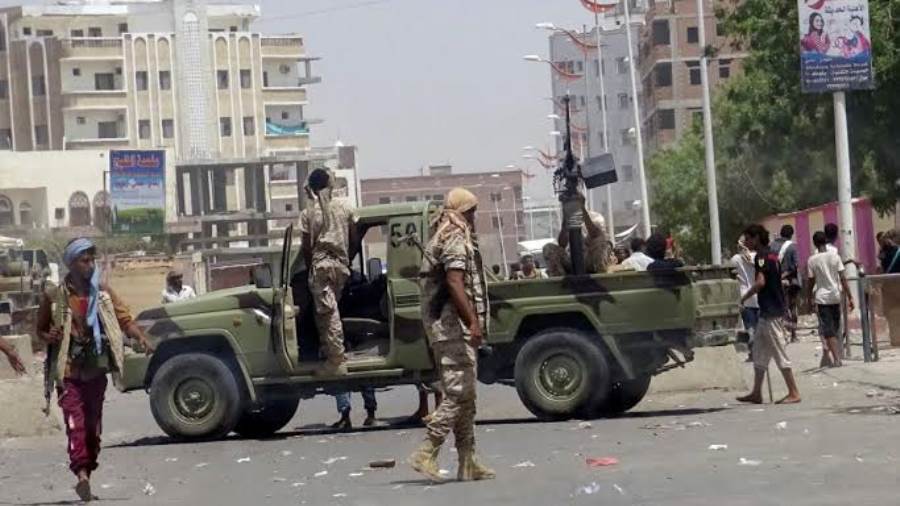 The clashes erupted inside the central bank as a result of disagreement over who would receive the salaries first.

The clashes caused three injuries, one of them a civilian.

The city of Aden and the occupied southern provinces witnesse chaos and instability in light of the Saudi-Emirati occupation.