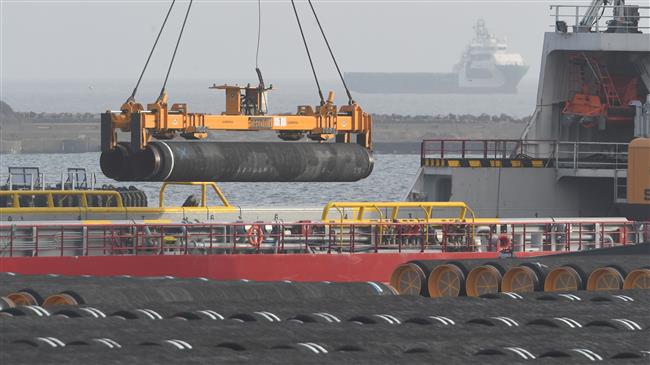 EU, Russia, Germany Lash out at US over Imposing Sanctions on Gas Pipeline

The European Union and Russia have lashed out at the United States over its recent move to impose sanction on any firm working on a gas pipeline from Russia into Germany.

The sanctions, signed off by US President Donald Trump on Friday, target companies building the nearly $11 billion Nord Stream 2 pipeline under the Baltic Sea with the aim of doubling deliveries of Russian natural gas to Germany.

US lawmakers have already warned that the project will enrich the Russian government and vastly increases President Vladimir Putin’s influence at a time of heightened tension between Washington and the EU.

“As a matter of principle, EU opposes the imposition of sanctions against EU companies conducting legitimate business,” said an EU spokesman on Saturday.

“The Commission’s objective has always been to ensure that Nord Stream 2 operates in a transparent and non-discriminatory way with the appropriate degree of regulatory oversight,” he added.

He also said that EU rules on pipelines to the bloc, which came into force in May, have been recognized by the US.

Russia’s Foreign Ministry also denounced the measures on Saturday; saying sanctions against companies working on the pipeline will prevent other countries from developing their economies.

One of the major contractors, Dutch firm Allseas, suspended work on pipe-laying to avoid the sanctions.

That has prompted a response from a senior Russian senator, Konstantin Kosachev, who said that Moscow must keep to schedule on implementing the pipeline link to Europe.

Germany also lashed out at the US administration, saying Berlin “rejects these sorts of extra-territorial sanctions.”

“They [sanctions] will hit German and European companies and constitute interference in our internal affairs,” spokeswoman for Chancellor Angela Merkel, Ulrike Demmer, said in a statement.

Meanwhile, the groups behind the pipeline project said, “Completing the project is essential for European supply security.”

“We together with the companies supporting the project will work on finishing the pipeline as soon as possible,” the groups said.

Analysts say sanctions are the Trump administration new way of war against the world nations. He reaches for the sanctions manual whenever the mood takes him, wrote the Financial Times in an analysis.

Now, tariffs, embargoes and sanctions have become Trump’s remedy for all difficulties his administration is facing, according to the analysis.