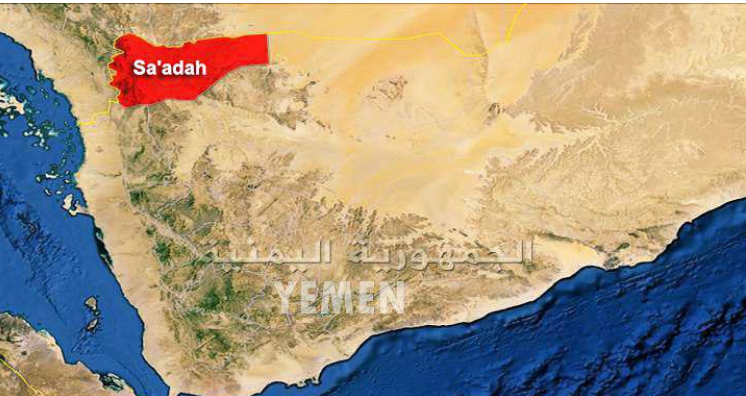 A citizen martyred ,another wounded by Saudi border guards’ fire in Saada

A citizen was martyred on Monday and another one injured by Saudi army’s fires in Saada province.

The Saudi border guards shot dead the citizen and wounded the another in border Monabih district, according to a military official .

In Hodeidah, the aggression’s forces continued to violate the truce agreement, targeting with artillery shells citizens’ farms, east of Al-Tahita, and the Al-Jah area in the Beit Al-Faqih district.

Since the beginning of this December, the sources confirmed the martyr and injury of more than 11 citizens by the Saudi border guards’ fire in separate areas of Saada province, where a citizen was maryred and two others were wounded in an artillery attack on Al-Hijlah in Razih district, and a citizen was martyred and another was injured in an artillery shelling in the Shaban area in Razih, in addition to the injury of a woman and a child, by Saudi border guards in the same district .

The army ,the popular committees foil a mercenaries’ advance in Asir