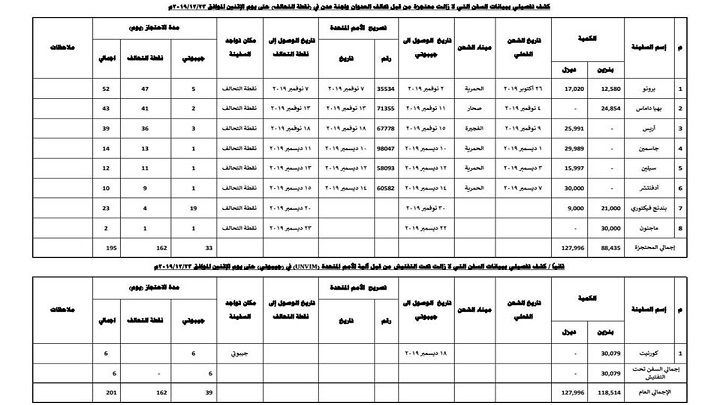 The forces of aggression hold eight ships loaded with more than 261 tons of gasoline ,diesel

Yemen Petroleum Company announced that the aggression detained a new tanker loaded with quantities of oil derivatives and prevented its access to the port of Hodeidah.

“The coalition of aggression detained another oil vessel added to the vessels it had previously detained. The number of the detained vessels now is eight, loaded with gasoline and diesel materials,” the company said in a statement issued on Monday evening.

The quantities on board ships trapped at sea reach 88,435 tons of gasoline and 127,996 tons of diesel, the company added.

The detained ones have permits to enter the port of Hodeidah, stressing that the aggression is striving with the policy of seizing oil ships to tighten the noose on citizens and increase their suffering, it pointed out.

Fuel is needed for transportation, shortages have caused fuel prices to spike up to 200 percent in some areas, making the transportation of life-saving aid to communities-in-need more expensive.

The forces of the aggression continue piracy in the seizure of oil derivatives ships, while the United Nations remains silent that threatening the lives of all Yemeni people.

The casualties of the aggression’s massacre in Mudabh border are 17 martyrs ,many wounded