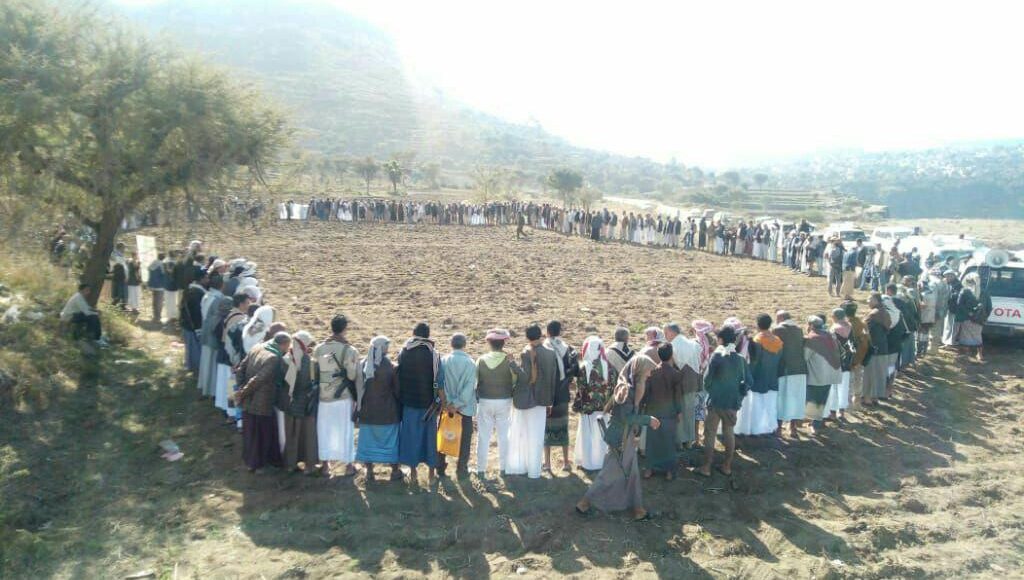 A tribal meeting was held ,Tuesday, by tribes and sheikhs of Hobeish district of Ibb province to inaugurate the faith identity program and popular mobilization to the battle fronts.

The participants, at the meeting, stressed on the importance of enhancing the awareness of the Yemeni young people and society about the faith identity, which contributes to countering misleading ideas waged by the aggression against Yemen.

They called on the Yemeni people to unite the internal front to thwart the enemies’ plans and conspiracies that target Yemen.

The forces of aggression hold eight ships loaded with more than 261 tons of gasoline ,diesel