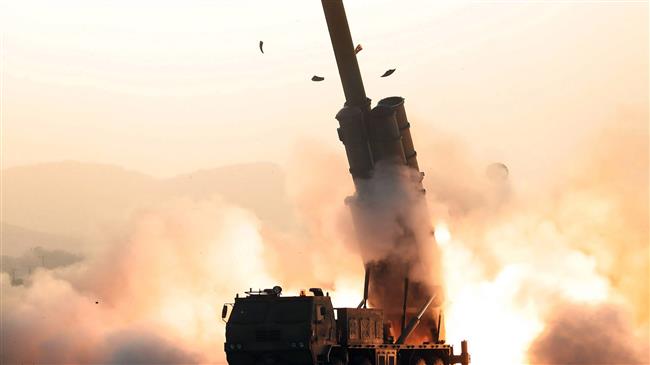 Fears are growing of a total war with North Korea over its threat of a “Christmas surprise” for the US, with Washington saying it is well prepared to respond.

Pyongyang has promised a possible “Christmas surprise” missile test if Washington does not come to the negotiating table, noting it would not give in to the US’ pressure since it already has “nothing to lose.”

In response, US Secretary of Defense Mark Esper said at a press conference Friday that the United States was ready “to fight tonight.”

The Pentagon chief, however, said, “I remain hopeful that we could get the process started again and remain on the diplomatic path.”

Milley, the chairman of the Joint Chiefs of Staff, went on to say that “North Korea has indicated a variety of things. And I think you’re aware of all those. So we are prepared for whatever.”

“Korea is one of those places in the world where we’ve always maintained high levels of readiness.”

The negotiations between Washington and Pyongyang have been largely stalled since the collapse of a February summit in Hanoi between US President Donald Trump and North Korean leader Kim Jong-un.

The North Korean leader and Trump have already held two official meetings on the denuclearization of the Korean Peninsula. However, their first meeting, the Singapore Summit held in June 2018, concluded with a broadly-worded agreement, and the second one, the Hanoi Summit, held in February, collapsed without an agreement.

The North has been under multiple rounds of harsh sanctions by the UN and the US over its nuclear and missile programs.

In spite of those sanctions, Pyongyang has taken several unilateral steps to show its goodwill, including demolishing at least one nuclear test site and agreeing to allow international inspectors into a missile engine test facility.

Meanwhile, US especial forces and South Korean troops have recently carried out military drills stimulating the infiltration of enemy facilities.

US military photos seen by Reuters on Monday show South Korean and American commandos raiding the facilities and bringing out a man with his hands tied behind his back.

The photos were released by the US Defense Visual Information Distribution Service operated by an arm of the US Department of Defense.

This drill was described as a joint regular close-quarters battle training conducted last month at a US military base in the southwestern South Korean city of Gunsan.

According to a South Korean official, the exercise was designed as a hostage rescue operation training as part of a counter-terrorism drill carried out quarterly by the two countries.

North Korea stills views joint drills by the US and the South as rehearsals for invasion, as well as opposing Seoul’s ongoing procurement of expensive hi-tech US weapons systems.