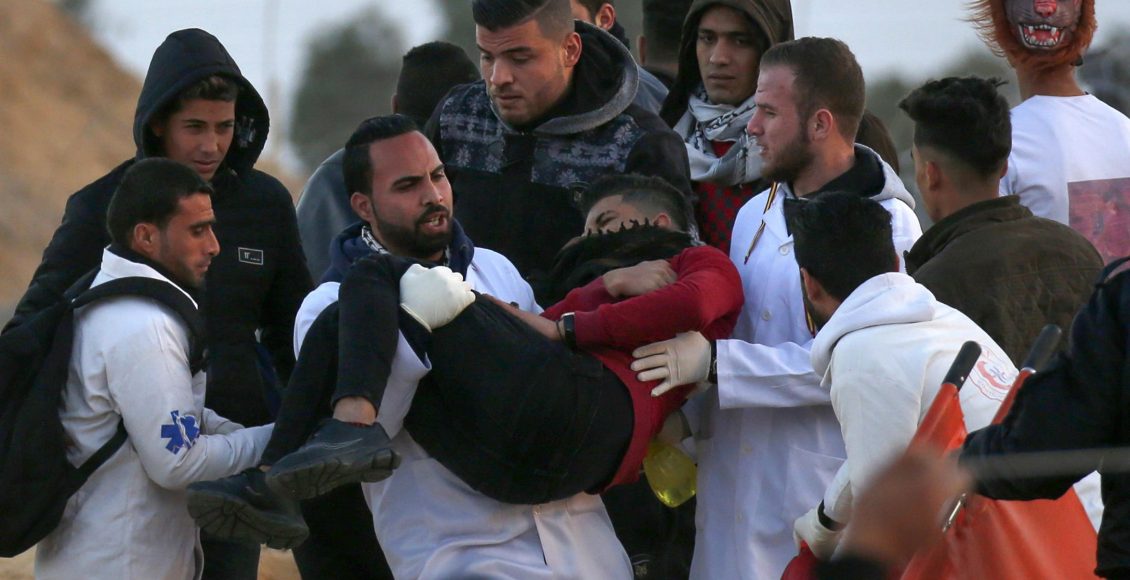 Israeli Forces Attack Final Round of Weekly Protests in Gaza

Israeli forces have attacked Palestinians taking part in the final round of protests held on a weekly basis near the fence separating the Gaza Strip from the Occupied Territories, leaving a number of protesters injured.

Palestinian media outlets reported that the Israeli forces shot and injured protesters in the east of Jabalia and the east of Khan Yunis on Friday.

Tens of Palestinians also suffered from suffocation due to inhaling tear gas used by the Israeli troops in the eastern part of Gaza.

The “Great March of Return” rallies have been held every week since March 30 last year. The Palestinians want the return of those driven out of their homeland by Israeli aggression.

Israeli troops have killed at least 307 Palestinians since the beginning of the rallies and wounded more than 18,000 others, according to the Gazan Health Ministry.

In March, a United Nations fact-finding mission found that Israeli forces committed rights violations during their crackdown against the Palestinian protesters in Gaza that may amount to war crimes.

The protest organizers announced on Thursday that the rallies would be suspended until March 2020, after which it would be held on a monthly basis.

Yousri Darwish, a member of the Supreme National Committee of the Marches of Return, said the decision to suspend the rallies was made in the best interest of the Palestinian people.

He said preparations for the commemoration of the Land Day would be done in the upcoming few months in which the protests would stop. The annual event is held on March 30 to mark the killing of six Palestinians by Israeli forces during mass protests against Israel’s seizure of their land in 1976.

Gaza has been under Israeli siege since June 2007, which has caused a decline in living standards.

Israel has also launched three major wars against the enclave since 2008, killing thousands of Gazans each time and shattering the impoverished territory’s already poor infrastructure.

Saudi-led aggression intensifies its attacks on citizens in Hodeidah