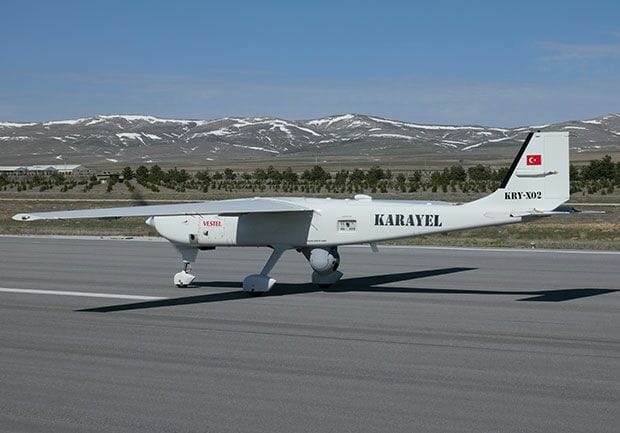 The Yemeni army’s air defenses ,Monday , could down a spy aircraft belonging to the aggression’s forces in the airspace of Hodeidah province.

“The Saudi spy plane, which was shot down in al-Salif area, is of Karayel type,” the army’s spokesman Brigadier General Yahya Sarie explained in a statement.

An air-to-surface missile hit the plane while it was carrying out hostile tasks, in breach of Sweden agreement, he added.

In a message to the aggression’s forces, Gen. Sarie confirmed that this operation is considered “an inauguration of the air defense year,” in reference to declaring 2020 as the year of air defense systems, during a press conference he held on Sunday.
“The violation of Yemeni airspace is no longer permissible,” he stressed.

Downing of Karayel spy plane comes hours after the Yemeni air defenses announced shooting down a spy plane of the aggression in the airspace of Razih district in Saada province, north of Yemen.

The air defenses of the army and the popular committees were able to shoot down (7) spy planes for the forces of aggression since the beginning of this December.

The aggression behind the flow of illegal immigrants and their survival poses a great risk: the Interior

A series of raids on Saada, Jizan, and constant violations of Hodeidah