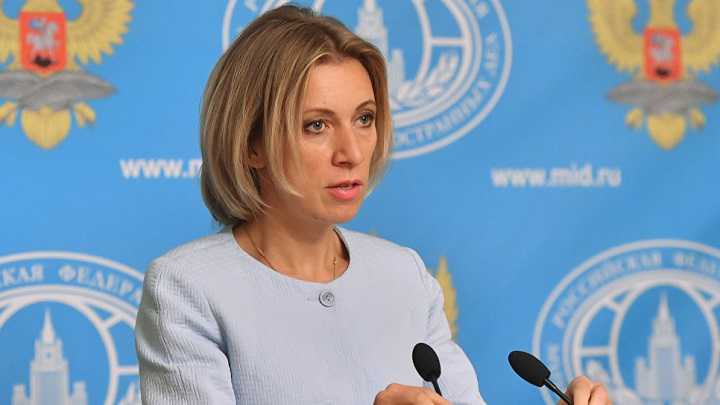 Zakharova: US Policy of Hegemony Returns Washington to Times of Wild West

Spokesperson for the Russian Foreign Ministry, Maria Zakharova, criticized the US policy of hegemony, noting that this policy returns Washington to the time of the Wild West.

“The US State Department and the White House lack protocol and finesse and many things returned Washington to the time of the Wild west”, Sputnik News Agency quoted Zakharova as saying commenting on a photo published by the US administration following a visit paid by Russian Foreign Minister Lavrov to Washington showing Trump sitting in his office and Lavrov standing beside him.

She added that at the time of cowboys, it was comfortable to put your feet on the table, adding that thus we live today with the US which is indifferent to world policy.

“But if we take the US side’s approach in general, there is a clear understanding that they see how they can benefit from economic relations, political relations and relations in a whole range of other spheres. At the same time they understand that it all now mostly comes down to missed opportunities”, Zakharova added.

Russian Foreign Minister Sergey Lavrov’s visit to the United States held on 10 December. During this visit, the Russian minister held a meeting with US President Donald Trump and Mike Pompeo.

The fifth within hours .. A spy plane shot down in Jizan