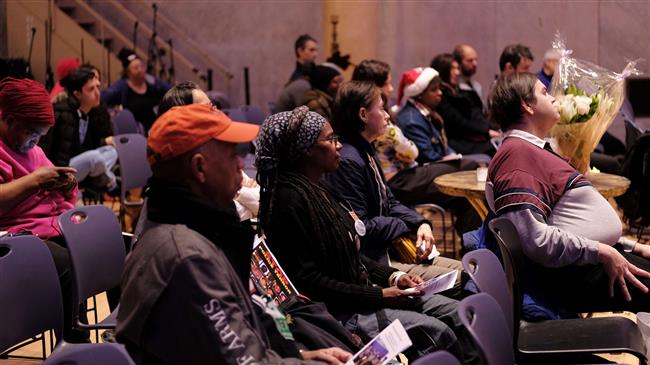 Nearly half of Americans say the United States was on the wrong track and is in a worse place now compared with the start of 2019, according to a new poll.

Some 44 percent of people surveyed think the “general state of the country” has deteriorated, according to a survey by YouGov, an international data and analytics group.

Only 16 and 17 percent of the more than 25,600 respondents said the country was in a much and somewhat better place, respectively.

Those results mirror a CBS News poll taken around this time last year, when 65 percent of respondents felt the US was headed in the wrong direction, largely because of “the state of politics and how the government is functioning.”

Views of America’s direction have been negative for more than a decade, CBS reported at the time.

The US is one of the most unsatisfied countries in the world when it comes to the way its democracy functions, according to a poll in 2018 by the Pew Research Center.

The YouGov poll showed that the umbers fluctuate depending on the respondent’s age, wealth and political affiliation.

Democrats are particularly unhappy with the state of affairs, which is likely related to a Republican-controlled White House or even President Donald Trump’s impeachment.

There was also a pattern when it came to respondents’ age. The older they get, generally, the more gloomy views they hold of the country’s direction.

Only 12 percent of those 18 to 24 said the US was in a much worse placed, compared with 28 percent of middle-aged respondents and those older than 50 who said the same.

The same survey project said the “majority of Americans have little confidence that the federal government and their elected officials are up to meeting the major challenges that lie ahead.”

4 bakeries closed in the capital Sana’a