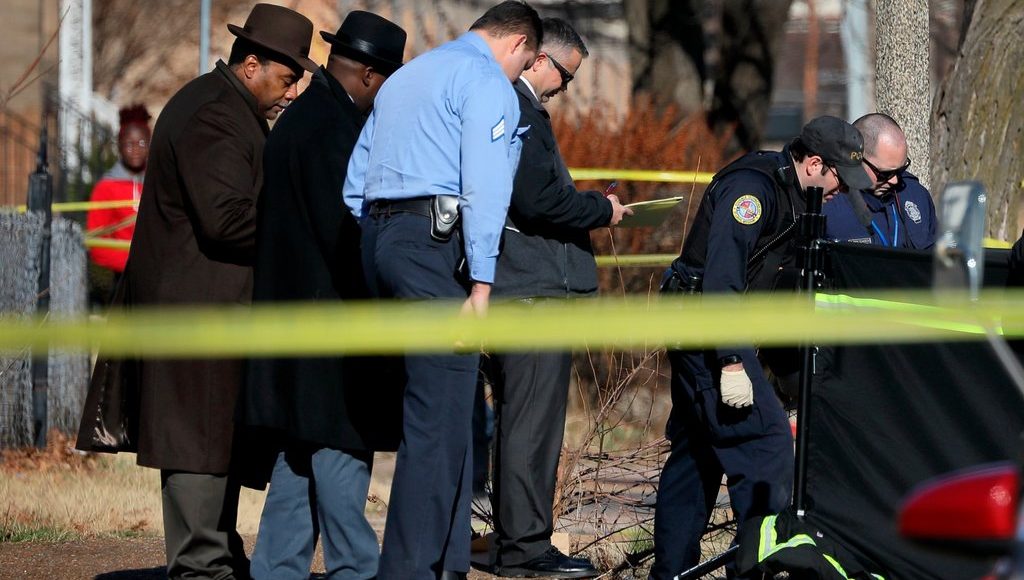 In a Deadly Start to 2020, Gunfire Erupts Across America

It was a typical start to the new year in a country accustomed to gun violence, despite an overall drop in violent crime nationwide.

Just minutes into New Year’s Day, a teenage boy was shot and wounded in the leg on the North Side of St. Louis. A few minutes later, four people were shot in a different neighborhood, three fatally. By morning, the police were investigating 10 shootings, including five deaths, across the city.

And the year wasn’t even a day old. Nor was the violence limited to St. Louis, which in 2017 had the nation’s highest murder rate.

In a country that has become accustomed to gun violence in all its forms, 2020 was off to a typical start. Gunfire echoed across the country in shootings from St. Louis to Philadelphia, and from Michigan to Texas.

In Cleveland, a man who news reports said was firing off rounds to celebrate the new year accidentally killed his girlfriend. In Florida, near Orlando, two men were killed in a shooting inside a nightclub. And in Baltimore, which closed 2019 with the city’s second-highest number of homicides on record, the police were investigating two killings that happened a few hours before midnight.

New Year’s Day typically sees an uptick in gun violence and injuries, attributed to a combination of alcohol use and celebratory gunfire. In advance of New Year’s Eve, police departments across the country have made efforts to discourage people from firing their weapons in the air, highlighting the deadly consequences.

Yet the warnings often go unheeded. In Houston on Wednesday, the police said a 61-year-old woman was killed by a stray bullet as she and her family were setting off fireworks shortly after midnight.

Even as police officers nationwide were investigating a spate of New Years Day shootings, some cities were marking progress. San Francisco had just 41 murders last year, its lowest number in more than half a century. Los Angeles also had drops in crime last year, with The Los Angeles Times citing officials saying the city was experiencing “one of the safest periods in modern history.”

And Chicago, which has been home to some of the highest rates of violence in America, said it closed out 2019 with the lowest number of murders in four years: 492. That’s a 13 percent drop from 2018. Murders have declined steadily in Chicago since 2016, when 778 people were killed.

Despite the epidemic of mass shootings across America, everywhere from churches to schools to Walmart stores, violent crime over all in the country has been on the decline over the past quarter century, according to the Pew Research Center.

Major cities like New York and Los Angeles have experienced sharp declines in murder and violent crime generally. Yet in other cities, including Baltimore and St. Louis, murder rates have remained stubbornly high.

With 347 murders in 2017, Baltimore marked its fifth year in a row that more than 300 people have been killed in the city. There was also a surge in violence in Philadelphia last year, with 355 murders, the most since 2007, according to The Philadelphia Inquirer.

Among the New Year shootings across the country, according to news and police reports:

4 bakeries closed in the capital Sana’a

Iranian Defense Minister: We will retaliate vigorously for the assassination of Soleimani