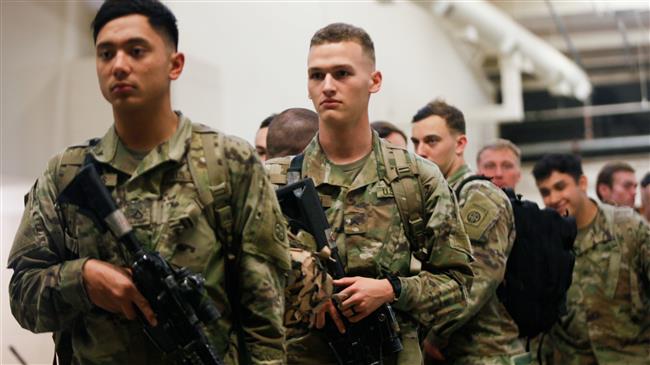 Military Sources: US Withdrawing Forces from Region Despite Contrary Claims

Informed military sources tell Press TV that the United States has started pulling its troops out of the region since Saturday, despite claims to the contrary.
The sources said Sunday the US has withdrawn its combat troops from Kuwait while C-5 and C-17 military transport aircraft have flown  about 700 guards into the region to reinforce protection of American diplomatic missions.
The new revelation came despite prior announcements by American authorities that the US President Donald Trump’s administration has decided to shore up the country’s military presence in the Middle East.
It also followed recent assassination of Iran’s Quds Force commander Lieutenant Qassem Soleimani and his companions, including deputy commander of Iraq’s Popular Mobilization Units Abu Mahdi al-Muhandis in Baghdad.

Antiwar Demonstrations across US against Possible War with Iran

The organizing committee calls for a major participation in a mass rally to condemn the assassination of Soleimani ,al-Muhands