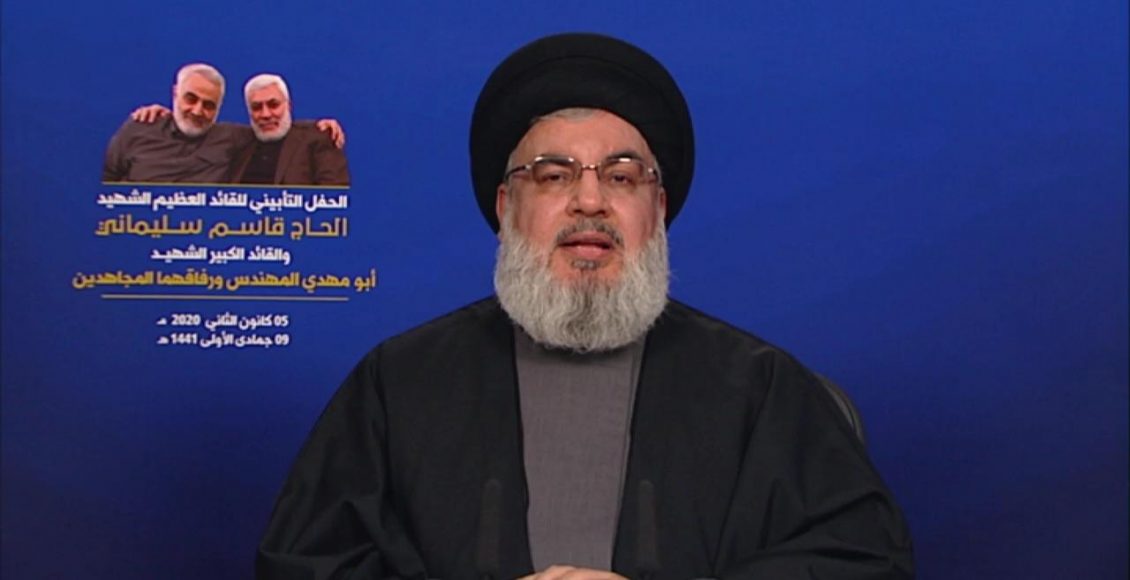 Sayyed. Nasrallah: the revenge to the blood of Soleimani and Abu Mahdi is to drive American forces out of our region

Lebanese Hezbollah Party’s Secretary General Sayed Hassan Nasrallah on Sunday said the response to the assassination of the two commanders Qassem Soleimani and Abu Mahdi al-Muhandis should be by driving the US forces out of the region.

“By the martyrdom of the commander Qassem Soleimani and Abu Mahdi al-Muhandis, the region lost a lot,” Nasrallah said in a speech he delivered on Sunday afternoon at the memorial service for the two martyrs in Lebanon.

Nasrallah affirmed that there is no one in the US administration equals the martyr commander Soleimani’s greatness, and that “Trump personally does not equal Soleimani’s shoes.”

In his speech, Nasrallah indicated that any response should not include American citizens as the region contains American citizens, journalists, and merchants, and because the one who targeted Soleimani was the American military establishment, not American people.

The organizing committee calls for a major participation in a mass rally to condemn the assassination of Soleimani ,al-Muhands