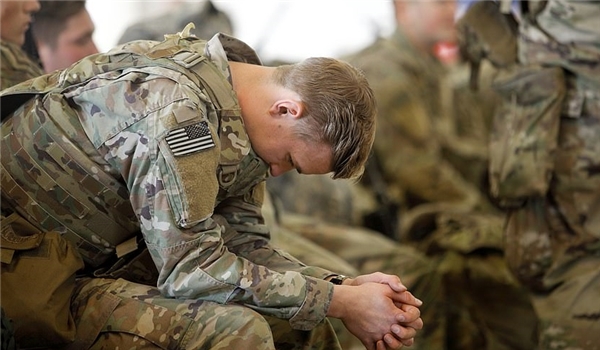 The United States has started retreating troops from the region on Sunday after Iran warned of painstaking retaliation for the assassination of its top general, and despite President Donald Trump’s bombastic remarks that it would bomb 52 Iranian sites if Tehran embarks on threats.

On Sunday informed military sources told Press TV that “the US has been pulling out its troops from the region, despite claims to the contrary”.

“The US has withdrawn its combat troops from Kuwait while C-5 and C-17 planes have transferred about 700 guards to the region to reinforce protection of American diplomatic missions,” the sources told the media outlet.

Meantime, another informed source told Arabic language Al-Alam TV network that “the United States has distanced all its military vessels within a radius of 1,000 kilometers from Iran”.

Hundreds of Iraqi protesters furious over the Washington’s deadly raids against Kataib Hezbollah popular forces had sieged the US embassy compound in Baghdad earlier this week, calling for the expulsion of the US ambassador and American military servicemen from the Arab country.

The US president’s new threat to strike 52 important targets in Iran, including the cultural ones, has provoked a strong backlash, with many calling it a “war crime”. The American leader has once again threatened to strike Iran “harder than they have ever been hit before” using what he called “by far the BEST in the World” military equipment.

Even as Washington warned Americans to leave Iraq after the airstrike that assassinated General Suleimani, another 3,000-3,500 US airborne troops will be deploying to Kuwait to join the 750 already there, according to reports. But, the deployment does not appear to be directly in response to the assassination of the head of the Quds Force.

An attempt to advance by mercenaries foiled in Jizan

Former Acting CIA Director: ‘There Will be Dead Americans’