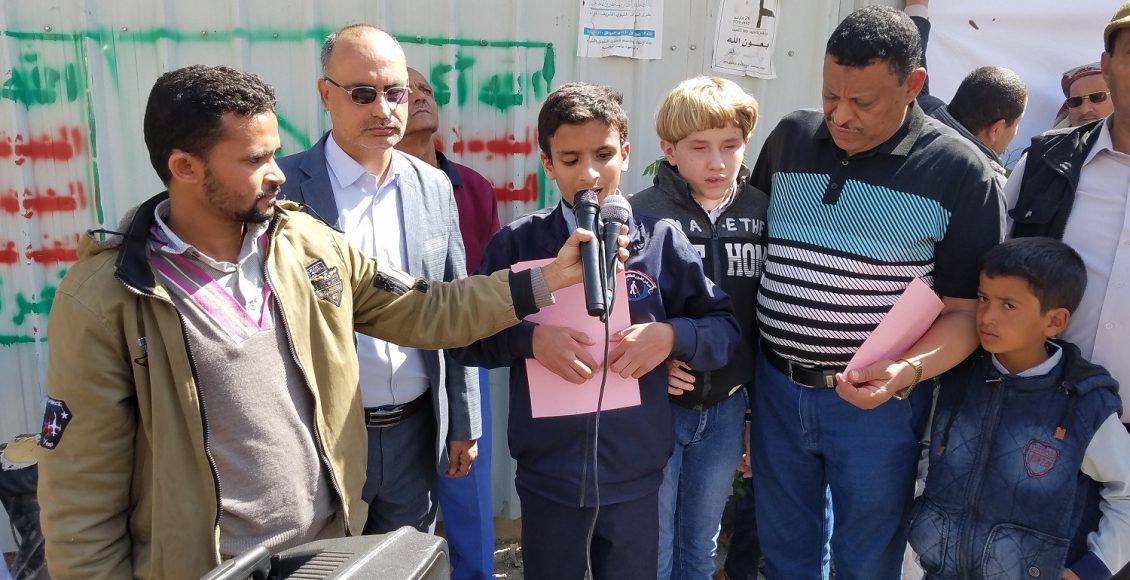 The students and affiliates of the Al-Noor Center for the Blind called on the United Nations and the international community to pressure on the countries of the aggression coalition to stop their crimes and violations of children’s rights in Yemen and bring criminals to justice.

A the rally, the participants called on the United Nations to play a role to pressure on the aggression states to end the war and lift the siege imposed on the Yemeni people.

The rally demanded the international community to move to probe into the aggression air strike that targeted Al-Noor Center for Blind on January 5, 2016.