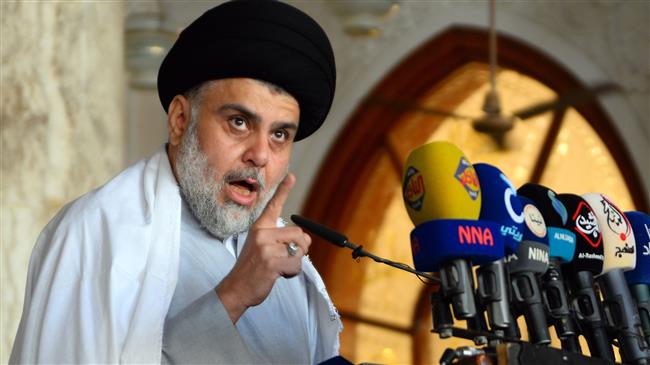 Influential Cleric: Iraq Will Turn into New Vietnam for US if its Forces Stay

Iraq’s influential cleric, Muqtada al-Sadr, has released a statement saying that if US troops do not leave the country, Iraq will turn into a new Vietnam for Washington.

Sadr, who leads the largest bloc in parliament, said in a letter to the assembly that a parliamentary resolution calling on the government to end foreign troop presence did not go far enough.

“I consider this a weak response insufficient against American violation of Iraqi sovereignty and regional escalation,” the letter read.

Sadr said a security agreement with the United States should be cancelled immediately, the US embassy should be closed down, US troops must be expelled in a humiliating manner, and communication with the US government should be criminalized.

“Finally, I call specifically on the Iraqi resistance groups and the groups outside Iraq more generally to meet immediately and announce the formation of the International Resistance Legions,” he said.

Iraq’s caretaker prime minister says his country and the United States should work together on implementing the withdrawal of all foreign troops from the country.

Adel Abdul-Mahdi made the remarks while talking to US ambassador Matthew Tueller, after Iraqi lawmakers unanimously approved a bill demanding the withdrawal of all foreign military forces led by the United States from the country.

On Monday, Abdul-Mahdi also spoke to German Chancellor Angela Merkel about the Iraqi parliament resolution calling on all foreign troops to leave the country.

The US, backed by Britain, invaded Iraq in 2003 claiming that the former regime of Saddam Hussein possessed weapons of mass destruction. No such weapons, however, were ever found.

The invaders withdrew from Iraq, after nearly nine years of a military campaign that cost tens of thousands of Iraqi lives.

A US-led military coalition, however, returned to the Arab country in 2014, when the Daesh Takfiri terrorist group unleashed a campaign of destruction there.

Widespread reports said the Washington-led operations largely spared the terrorists and led, instead, to civilian deaths and inflicted damage on the Iraqi infrastructure.

Baghdad declared the end of the anti-Daesh campaign back in 2017.

Lieutenant General Soleimani was an international figure who played a leading role in promoting security in regional countries, particularly in Iraq and Syria.