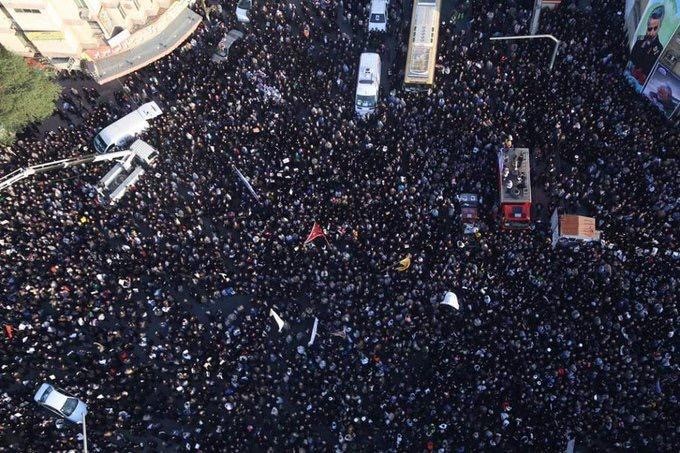 The US newspapers and news websites continued highlighting the repercussions of Trump administration’s crime of assassinating the head of IRGC’s Al-Quds Force General Qassem Suleimani, the deputy chief of Iraq’s Hashd Shaabi Committee Abu Mahdi Al-Muhandis and their companions in a drone attack at Baghdad airport early Friday (January 3, 2020).

New York Times stressed that a case of confusion has stormed the US administration, adding that the Supreme Leader Imam Sayyed Ali Khamenei leadership insists on putting Iran’s stamp on the reprisal for the crime.

The Washington Post pointed out that US President Donald Trump rejects de-escalation with Iran, adding that he even intends to impose sanctions on Iraq.

The Foreign Policy revealed that Washington has refused to grant the Iranian foreign minister a visa, describing the US administration as the main corrupt in the region.

It is worth noting that the Iranian senior officials have reiterated their resolute decision to take revenge for the blood of the martyrs claimed by Baghdad attack. The Iraqi parliament also passed a resolution to end the existence of the foreign troops in the country.

Military media distributes scenes of targeting a hostile spy drone with a surface-to-air missile ,downing it to the ground in al-Jawf province