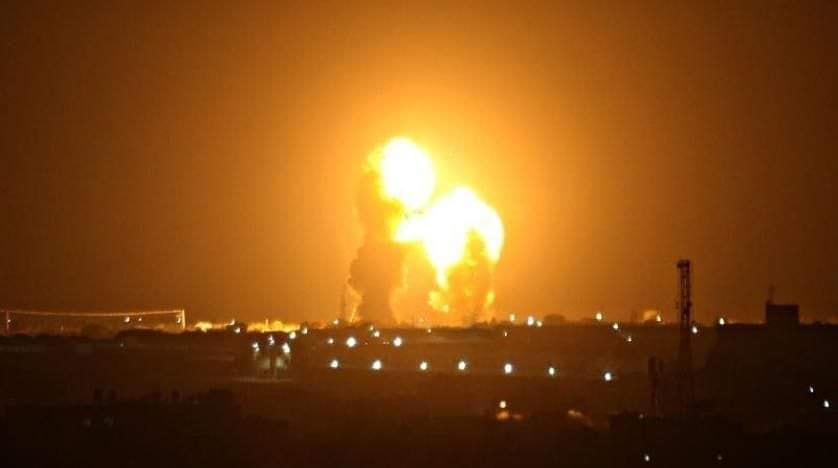 Iran’s Islamic Revolution Guards Corps (IRGC) has targeted the US airbase of Ain al-Assad in Anbar province in western Iraq after launching a wave of attacks to retaliate the US assassination of top Iranian anti-terror commander, Lt. Gen. Qassem Soleimani.

“Tens of surface-to-surface missiles” were fired at the strategic airbase and the attack was later confirmed by the US officials.

The IRGC has called for a complete withdrawal of US troops from the Arab country, asserting that it would not differentiate between the US and Israel in retaliating against the assassination of the Iranian national hero.

“We warn US allies providing bases for the [American] terrorist army… that any country serving as the origin of bellicose and aggressive attacks in any form against the Islamic Republic of Iran will be targeted,” read the IRGC statement.

The IRGC added that it would release more details about the strike.

The strike comes as no surprise since Iran had vowed to take a “harsh revenge” in the wake of the US terror attack.

Sirens were reportedly heard and American helicopters flew over the airbase and the total alert was activated.

US President Donald Trump was being briefed about the retaliatory strikes.

“We are aware of the reports of attacks on US facilities in Iraq. The president has been briefed and is monitoring the situation closely and consulting with his national security team,” White House spokeswoman Stephanie Grisham said in a statement.

The Pentagon claimed that it would take necessary measures to protect the US military forces amid heightened tensions in the region.

“We are working on initial battle damage assessments,” Pentagon spokesman Jonathan Hoffman said in statement, adding that the bases targeted were at al-Assad air base and another in Erbil, the capital of Iraq’s semi-autonomous Kurdistan region.

“It is clear that these missiles were launched from Iran and targeted at least two Iraqi military bases hosting US military and coalition personnel at al-Assad and Irbil,” the Pentagon said.

“At approximately 5.30 pm (2230 GMT) on January 7, Iran launched more than a dozen ballistic missiles against US military and coalition forces in Iraq,” Assistant to the Secretary of Defense for Public Affairs Jonathan Hoffman said in a statement.

Asian shares and US treasury yields tumbled on Wednesday, while the yen, gold and oil shot higher after the strikes on Wednesday morning. Oil prices rose over 4.5 percent at one point. The benchmark WTI jumped as much as 4.53 percent to $65.54 a barrel before settling down.

The White House was preparing for an address to the US nation by the American commander in chief, but it was announced later that the speech has been called off.

The US Federal Aviation Administration said Tuesday it was banning US-registered carriers from flying over Iraq, Iran and the Gulf following rocket attacks on US forces in Iraq.

“The (FAA) issues Notices to Airmen tonight outlining flight restrictions that prohibit US civil aviation operators from operating in the airspace over Iraq, Iran and the waters of the Persian Gulf and the Gulf of Oman,” it said in a statement. “The FAA will continue closely monitoring events in the Middle East.”

The US military carried out the terror operation at Baghdad’s international airport early on Friday, assassinating Lt. Gen. Soleimani, along with his companions, including Abu Mahdi al-Muhandis, the second-in-command of Iraq’s PMU.

Both commanders were admired by Muslim nations for eliminating the US-sponsored Daesh Takfiri terrorist group in the region, particularly in Iraq and Syria.

The US assassination has drawn a wave of condemnation from officials and movements throughout the world, and triggered huge public protests across the region.