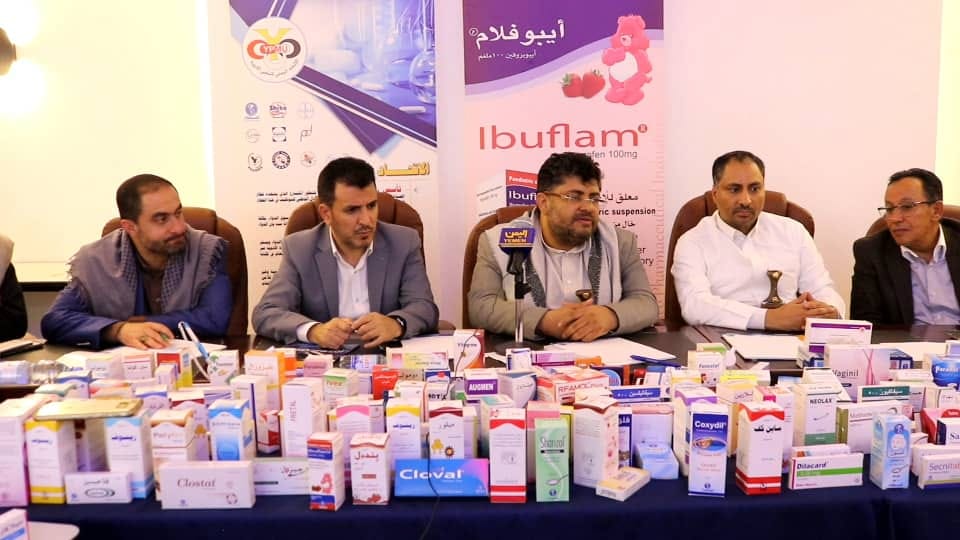 Member of the Supreme Political Council, Mohammed Ali al-Houthi, stressed the importance of advancing the national pharmaceutical industry to ensure the achievement of drug security, especially in light of the continued aggression and blockade.

Al-Houthi affirmed, during his meeting with the Health Minister Taha Al-Mutawakkil, the council’s keenness to overcome the difficulties facing the ministry for developing the national industrial products.

“We have to a serious stand and exert more efforts to reduce the import of medicine from abroad and alleviate the suffering the citizens, especially in light of the Saudi-led aggression and its blockade on Yemen,” al-Houthi added.

“When the Yemeni people revolted, we tried to create a national economy and provide services, including medicines for the national industry,” he said.

He also stressed keenness to overcome the difficulties in front of national industries and products, especially pharmaceuticals, and to facilitate all measures to promote and improve them.

Al-Houthi called on drug producers to find a quality, efficient and affordable pharmaceutical industry that is in the interest of the country and the citizen, and to qualify local cadres for the advancement of the pharmaceutical sector and local production in cooperation with Yemeni universities.

For his part, Minister of Public Health and Population Dr. Taha Al-Mutawakkil announced the ban on importing ten essential medicines from abroad, and they are manufactured inside the country to enhance competition between drug producers, pointing to the importance of reaching the stage of drug production and completing the list of essential medicines in an internal industry and self-sufficiency.

The meeting discussed the aspects related to defining plans to advance the health and pharmaceutical system in Yemen, the difficulties facing importers and producers of medicines, and ways to address them.

Minister Al-Mutawakkil praised the directives of the President of the Supreme Political Council to exempt medication production inputs from fees, stressing the importance of adhering to the quality and standards of medicines and medical supplies received for Yemen.