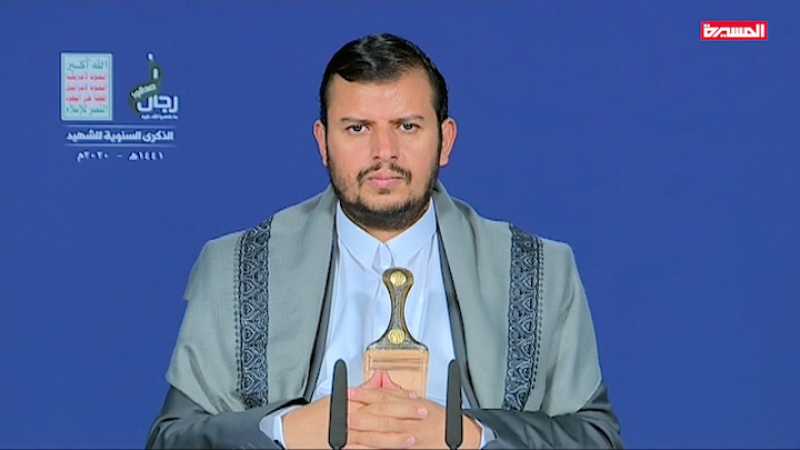 Sayyed. Abdulmalik Al-Houthi advises Saudi Arabia ,the United Arab Emirates because the upcoming developments are significant and have negative impacts

In his speech ,today, Wednesday, Sayyed. Abdulmalik Al-Houthi , on the martyr’s annual anniversary, advised the Saudi and Emirati regimes to review their accounts because of their aggression against Yemen because the upcoming developments are significant and their impacts are very negative.

He advised the Saudi regime with the approach of the fifth year of the aggression on Yemen and in light of the developments in the region to re-review its accounts.

“We are not aggressive against anyone from the sons of our nation, and our position towards America and Israel is principled and right,” the revolution leader confirmed.

In his speech, Sayyed Abdulmalik announced in a message to home and abroad that “Yemen is in advanced stage and that it became stronger than ever in military industrialization and the upcoming military successes that will be greater than what has been achieved before.”

New violates and crimes against citizens in Hodeidah and Saada