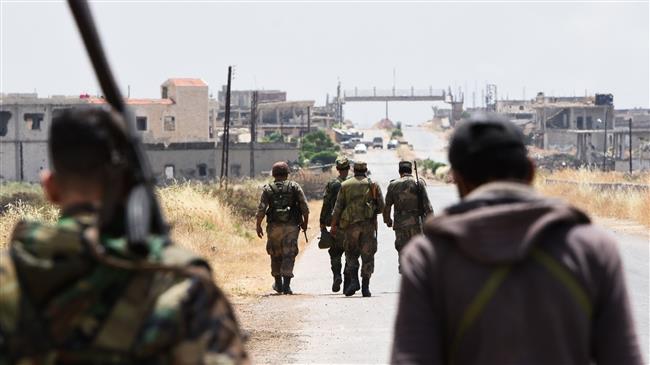 Syrian army on Wednesday evening shot down a drone in the vicinity of the town of Asilah in the northwestern countryside of Hama, according to Syrian agency.

SANA reported that the Syrian army intercepted a takfiri droning plane that tried to approach the army points and safe areas around the town of Asilah, northwest of Hama, and brought it down.

It is worth noting that during the past weeks, the Syrian Arab Army countered several drones that attempted to attack the army points and safe areas, shot down most of them and prevented them from carrying out their attacks.

The state of subordination to America will strip the nation from human dignity ,values: Sayyed. Abdulmalik Al-Houthi