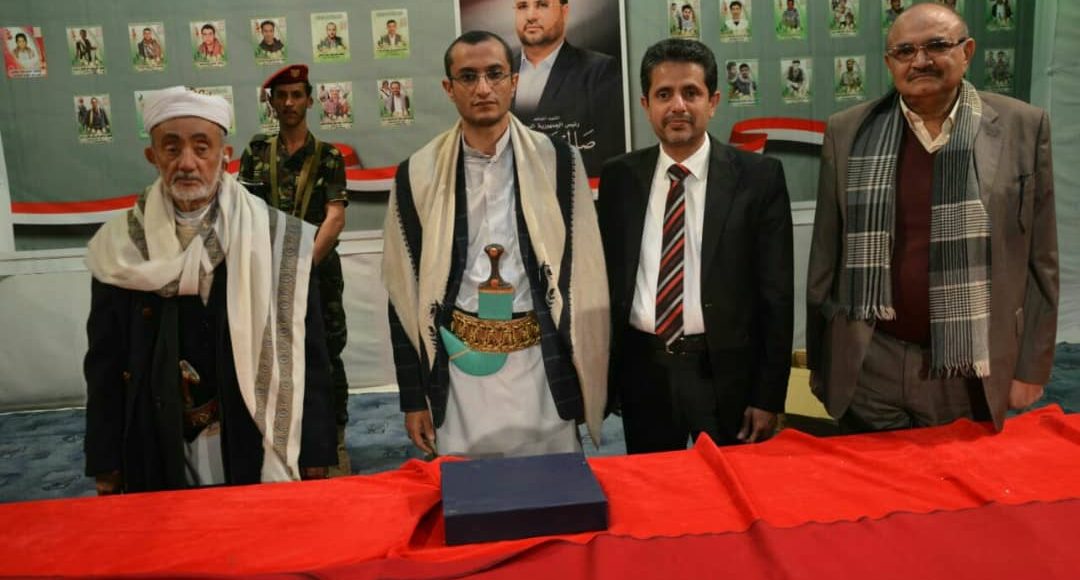 A rhetorical ,honorable event by the Presidential Office for the martyrs’ families

The Republic Presidency Office , Tuesday, established an event honoring the families of the martyrs of the office staff in conjunction with the anniversary of the martyr.

In the event attended by Secretary General of the Presidency of the Republic Hassan Sharaf Al-Din, Deputy Director of the Presidential Office, Salim Al-Mughales, pointed out the great sacrifices made by the martyrs for the sake of God and in defense of the dignity of the Yemeni people against the brutal aggression .

He stressed that it is the duty of the state to pay attention to the families of the martyrs, and to honor them is a symbolic and modest work for the sacrifices made by the martyrs and the heroism they have immortalized in history.

He called on the importance of continuing to move hard to provide fronts with money, men and weapons until victory is achieved, and to continue on the path of martyrs and to complete their protest march.