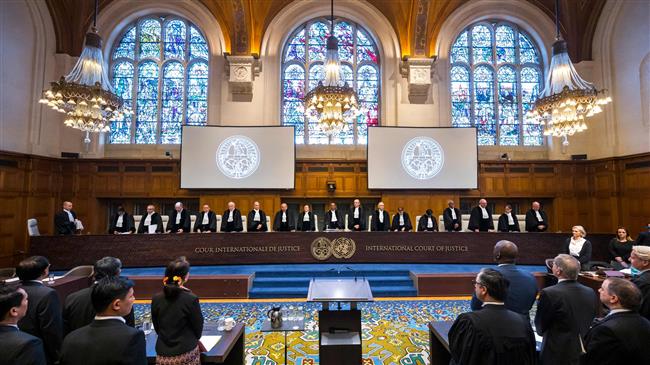 ICJ to Rule on Emergency Measures on Myanmar over Genocide

The Gambia says the International Court of Justice (ICJ) will announce its decision next week on a request to impose emergency measures on Myanmar over genocide against the Rohingya Muslims.
The ICJ will issue its decision on emergency measures on January 23, the Gambian Ministry of Justice announced on Twitter early Wednesday.
Last month, the UN’s top court at The Hague opened a historic three-day hearing into accusations of genocide brought against Myanmar over its brutal 2017 crackdown against the Rohingya Muslims.
It was the first major legal attempt to bring the country to justice over horrific atrocities committed against the persecuted community.
It followed lawsuit filed by the Gambia in November. The West African country had called on the ICJ to take emergency measures to halt Myanmar’s ongoing genocidal actions against the Rohingya.
The Gambia accused Myanmar of violating the 1948 Genocide Convention at the December hearing.
It also alleged that Myanmar was committing “an ongoing genocide” against Muslims, calling for emergency measures to prevent the Buddhist-majority country from committing any further atrocities.
“All that the Gambia asks is that you tell Myanmar to stop these senseless killings, to stop these acts of barbarity that continue to shock our collective conscience, to stop this genocide of its own people,” Gambian Justice Minister Abubacarr Tambadou told the judges.
Source: Websites