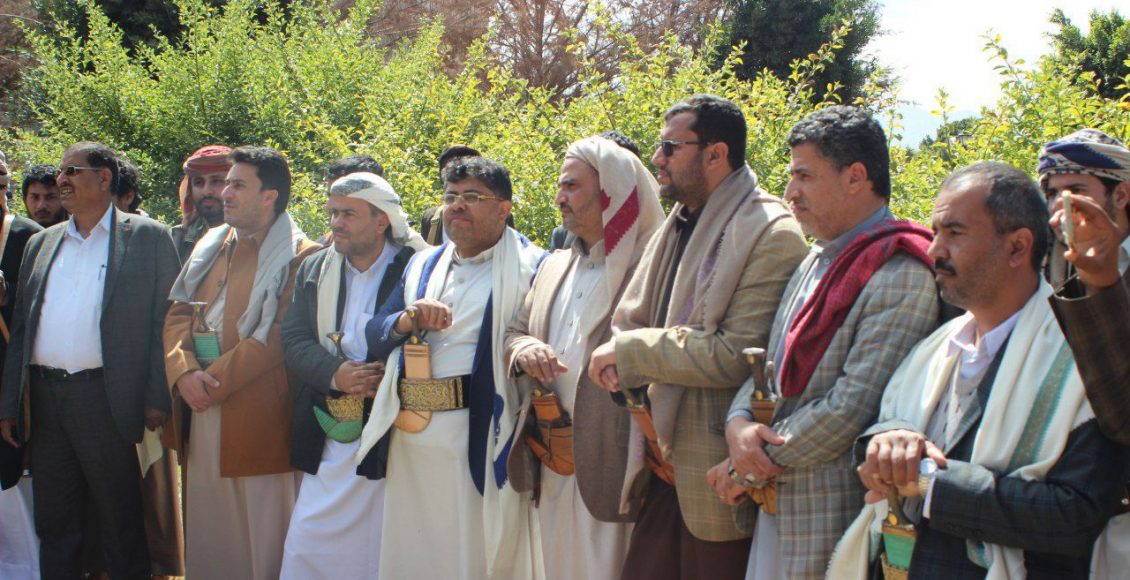 A public reconciliation between the sons of the two districts of Qaflah Alathar ,Habour Zalima signed in Amran province

Al-Houthi affirmed, during sponsoring on the reconciliation in districts of Qaflat Adhar and Habour Dholimah, on enhancing the intern front between the Yemeni tribes for confronting the Saudi-led aggression coalition and its crimes committed against the Yemeni people.

Al-Houthi praised the great stances made the tribes of the province in backing the Yemeni army and defending Yemen and its sovereignty.

Five citizens killed ,injured in the explosion of bombs left behind by the aggression…

Foreign Minister: the Aggression countries practicing a war of extermination and…