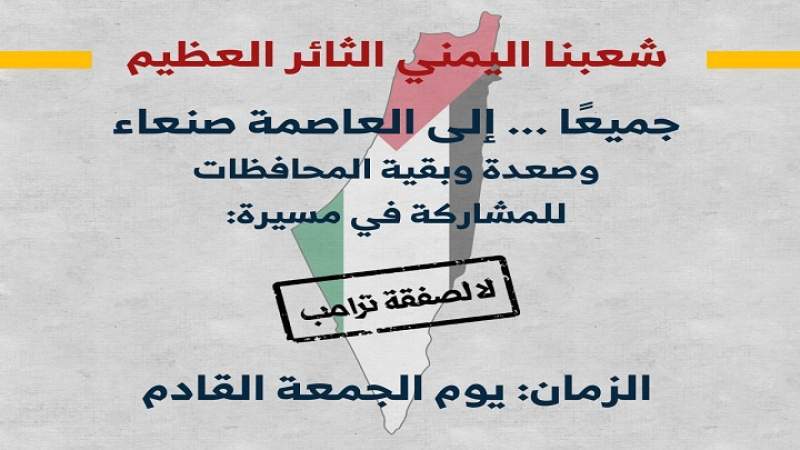 Today, Thursday, the Organizing Committee for Events, Sanaa, determined the Airport Street in the capitala a venue for the “No to Trump deal” march on Friday afternoon.

Yesterday, the Organizing Committee of Events called on the Yemeni people to mass rally in the “No to Trump deal” rallies in the capital, Sana’a, Saada, Hodeidah and a number of provinces.

In a statement, the committee detrtemined the “No Trump deal” march in the capital, Sanaa and Al-Hodeidah, on Friday afternoon, and the Saada march on Friday morning.

It called on the importance of public participation in the marches to express the Yemeni people ‘s rejection of all of its parties to the Trump deal and his adherence to the Palestinian cause and the right of the Palestinian people to establish their independent state on all its territory and its capital, Al-Quds.

Four citizens, including children, wounded in the shelling of the aggression forces on Al-Tahita, Hodeidah