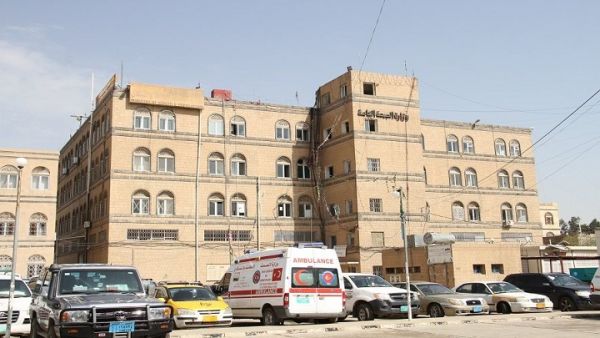 The Ministry of Health: We were surprised by an internationalist speech to effect changes to the medical bridge arrangements and patient transport mechanisms

Ministry of Public Health and Population on Sunday said that the recent measures taken by the United Nations regarding medical bridge arrangements and patient transport mechanisms are completely contravening the necessary requirements for medical evacuations.

“We were surprised by the speech of the World Health Organization on February 1, which includes changes in the arrangements of the medical bridge and the mechanisms of transporting patients,” the Health Ministry said in a statement.

The new changes included the transport of patients via a small UN plane that can accommodate only seven patients with their companions in one trip, which is totally contrary to the necessary requirements for medical evacuations, the ministry explained.

The Ministry expressed regret for making such changes, especially since the medical bridge flights were scheduled to start on February 3 by transporting 30 patients with their companions as agreed.

The medical evacuation procedures require the availability of sufficient space in the plane that transports the patients with their companions, in anticipation of any situation requiring transportation in a lying position on a bed instead of the seat, which requires an aircraft that meets the medical evacuation standards, according to the statement.

The number of those enrolled in the medical airlift lists is about 32,000 patients who need urgent treatment and surgical interventions such as cardiac surgery, kidney transplantation and others, the statement elaborated.

“According to the United Nations’ way in the transportation of seven patients out of 32,000, many patients will die before they could travel,” the statement said.

In its statement, the Health Ministry also affirmed that, with the recognition of the United Nations and the coalition countries, all the names registered in the medical airlift lists according to the medical reports approved by the competent authorities and international partner organizations in the conduct of these trips are illness cases that require medical evacuation.

The statement considered preventing Yemenis from their human right to get medical care a crime with all legal and humanitarian considerations, stressing that it is the duty and responsibility of the United Nations to commit to implementing its humanitarian principles towards Yemenis.

The Ministry appealed to the Yemeni people, the local and foreign media, and local and international organizations to raise their voice and demand the lifting of the siege on the Yemenis to allow the urgent evacuation of critical health and humanitarian cases.

Airstrikes of the aggression on Nehm, Mareb, al-Jawf and Najran