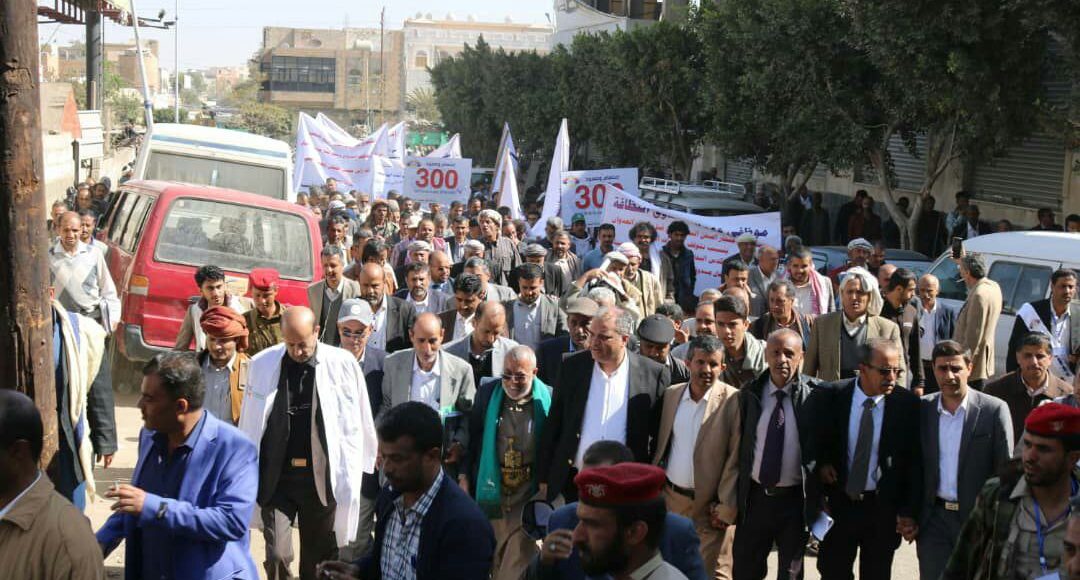 A protest rally was staged by dozens of oil company employees on Tuesday to condemn the United Nations’ silence towards the coalition violation against oil tankers.

At the rally held in front of the UN office in Sanaa, the participants called for the United Nations to exert efforts and pressures to release oil ships and lift the economic siege imposed by the aggression countries.

The Yemeni Oil Company has been organizing an open sit-in and ongoing protests in front of the United Nations office since 300 days for pressure on the aggression sates to neutralize the company’s facilities and its oil ships for easing the suffering of the Yemenis.

The siege and the prevention of the Yemeni people from traveling is a war crime and genocide to patients: General Director of Air Transport