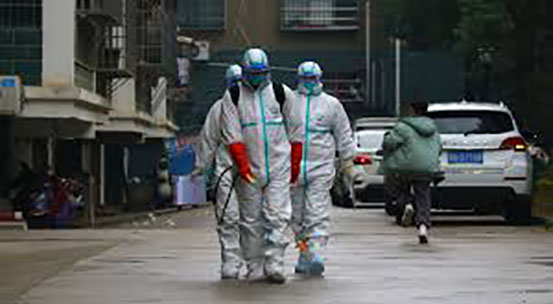 As of Thursday, the number of registered Wuhan coronavirus infections topped 65,213, while the death toll from the disease outbreak has risen to 1486.

An advisor to the World Health Organization (WHO) tracking the transmissibility of the new coronavirus warned that two-thirds of the world’s population could be infected with the virus, according to Bloomberg.

Ira Longini, a top infectious-disease scientist and co-director of the Centre for Statistics and Quantitative Infectious Diseases at the University of Florida, suggested that China’s strict containment measures, including quarantining, will only slow the spread of the disease. The researcher added that the Wuhan coronavirus is roaming throughout China and beyond.

Longini’s estimate, reportedly based on data showing that an infected person usually transmits the disease to 2-3 other people, implies that billions of people are likely to become infected. The scientist claimed that even if a way is found to reduce transmission by 50 percent, the virus could infect one-third of the world’s population.

“Unless the transmissibility changes, surveillance and containment can only work so well,” Longini noted, cited by Bloomberg. “Isolating cases and quarantining contacts is not going to stop this virus”, he added.

Longini is not that only scientist warning of the rapid spread of the Wuhan coronavirus. According to Bloomberg, a public health professor at the University of Hong Kong, Gabriel Leung, has also projected that almost two-thirds of the world’s population could carry the virus if it is not brought under control.