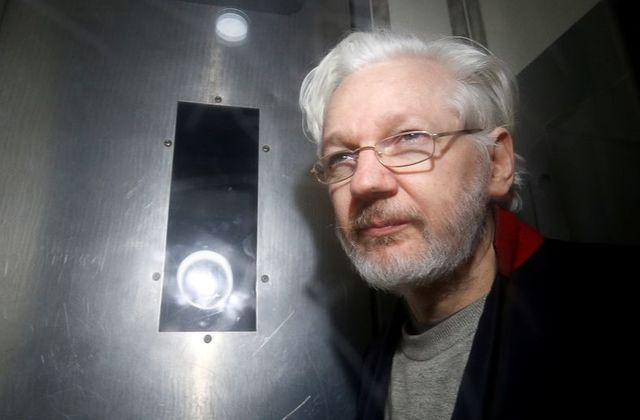 Donald Trump offered Julian Assange a pardon if he would say Russia was not involved in leaking Democratic party emails, The Gurdian reported, saying that a court in London has been told this.

The extraordinary claim was made at Westminster magistrates court before the opening next week of Assange’s legal battle to block attempts to extradite him to the US, where he faces charges for publishing hacked documents. The allegation was denied by the former Republican congressman named by the Assange legal team as a key witness.

Assange’s lawyers alleged that during a visit to London in August 2017, congressman Dana Rohrabacher told the WikiLeaks founder that “on instructions from the president, he was offering a pardon or some other way out, if Mr Assange … said Russia had nothing to do with the DNC [Democratic National Committee] leaks.”

A few hours later, however, Rohrabacher denied the claim, saying he had made the proposal on his own initiative, and that the White House had not endorsed it.

“At no time did I talk to President Trump about Julian Assange,” the former congressman wrote on his personal blog.

“Likewise, I was not directed by Trump or anyone else connected with him to meet with Julian Assange. I was on my own fact finding mission at personal expense to find out information I thought was important to our country,” Rohrabacher added.

Trump, however, invited Rohrabacher to the White House in April 2017 after seeing the then congressman on Fox TV defending the president.

In September 2017, the White House confirmed that Rohrabacher had called the then chief of staff, John Kelly, to talk about a possible deal with Assange, but that Kelly had not passed on the message to Trump. Rohrabacher confirmed that version of events on his blog on Wednesday.

The aggression forces release a ship loaded with gasoline ,continue to detain eight other ships