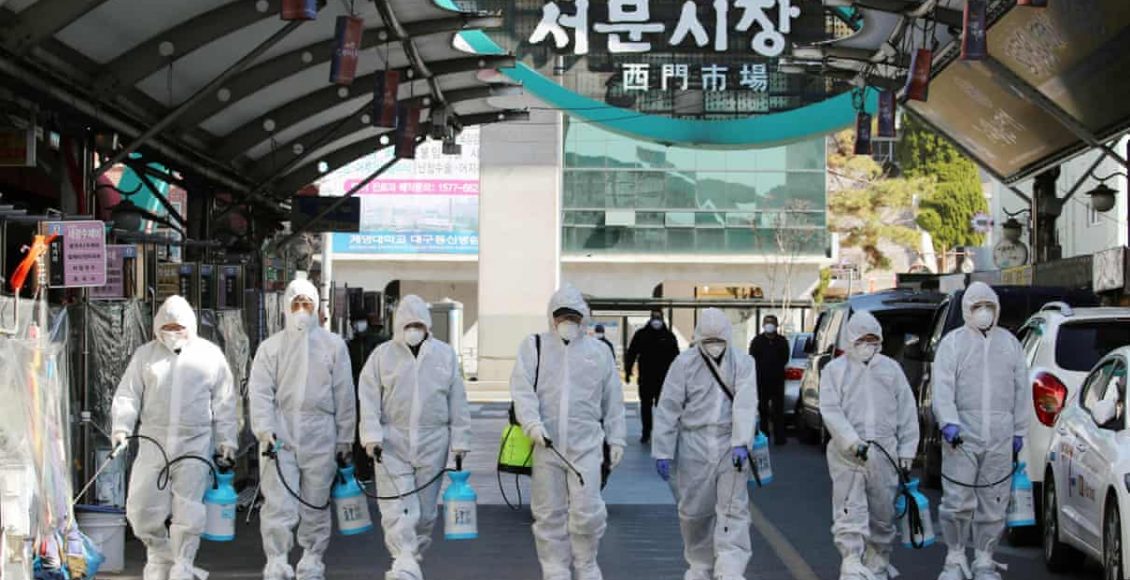 South Korea raised its alert on the coronavirus to the highest level Sunday after reporting three more deaths and 169 new infections.

The country has seen a rapid surge in the number of coronavirus cases since a cluster of infections emerged from a religious sect in the southern city of Daegu.

The national toll of 602 cases is now the highest outside China, apart from the Diamond Princess cruise ship in Japan.

“The COVID-19 incident faces a grave turning point. The next few days will be crucial,” said President Moon Jae-in following a government meeting on the virus.

“The government will raise the alert level to the highest level of ‘grave’ according to experts’ recommendations and drastically strengthen our response system,” Moon said.

He also urged officials to take “unprecedented powerful measures” to contain the outbreak.

The government ordered all schools and kindergartens nationwide to extend the spring break by a week in an effort to prevent further spread of the virus.

One of the victims was a patient being treated for mental health issues at a hospital in Cheongdo, a southern city linked to the religious sect where around 100 new cases were reported.

Among the latest infections, 95 involved the Shincheonji Church of Jesus in the nearby city of Daegu, the Korea Centers for Disease Control and Prevention said.

More than 300 cases have been linked to the church, starting with a 61-year-old woman who developed a fever on February 10 and attended at least four services in Daegu before being diagnosed.