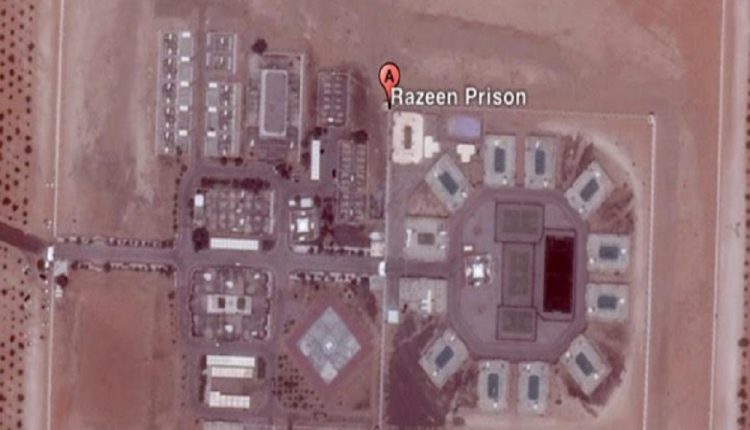 A number of human rights centers have renewed their call to international human rights and humanitarian societies and organizations for an international investigations on the Razeen Prison. It is classified as the third worst Arab prison, and is located on the outskirts of the desert of the UAE capital Abu Dhabi.

After two days of a prominent Emirates human rights center claim to open the prison to human rights monitors and institutions. The London-based Emirates Center for Human Rights said that inside the notorious Razeen prison, there are an unknown number of detainees, including prisoners of public rights, prisoners of conscience, human rights, university and government officials. In addition there are prisoners of Arab nationalities, supervised by mercenary soldiers of foreign nationalities, most of whom are Nepalese.

The center revealed that detainees who are isolated from the outside world are more likely than others to make confessions under pressure and coercion, using evidence against them in court.

The Center called on the UAE authorities to provide real figures for the number of detainees and their nationalities in Razeen, the charges against them and the provisions against them, and the application of what was stated in international conventions. The Center called for the accused to be allowed fair trials. These people should know the charges against them when being arrested and their investigation should be within humane conditions. They should have access to lawyers.

The Center called for opening a serious investigation into the violations inside the prison and holding those who are proven involved responsible, no matter how high their profile.

The International Center for Prison Studies has previously ranked Al-Razeen Prison in the list of the worst Arab prisons in 2016, alongside Scorpion prisons in Egypt and Abu Ghraib in Iraq and elsewhere.

Al-Razeen Prison is a maximum-security prison often referred to as the Guantanamo of the UAE. It is 120 km from Abu Dhabi, in the middle of the desert where temperatures reach record levels. It was inaugurated in the year 2010 to be one of the worst prisons in the Arab world until it was likened to the prison “Abu Ghraib” in Iraq.

Who is the martyr Abdulaziz Al-Moharram?