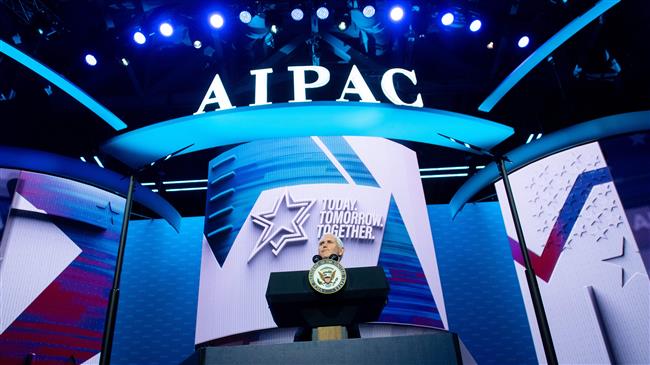 The powerful pro-Israel lobby group in the United States known as the American Israel Public Affairs Committee (AIPAC) has said that two Americans who attended its conference this week have tested positive for the coronavirus that has now infected more than 100,000 people worldwide.

AIPAC said in an email on Friday that the two participants were from New York and that the organization is in touch with the relevant health department.

“We have confirmed that at least two Policy Conference attendees from New York have tested positive for the Coronavirus,” AIPAC said in the email which was sent to conference attendees, participants, and speakers.

Leading US Democratic presidential candidate Bernie Sanders announced before the AIPAC’s annual policy conference last week that he would not attend it saying the pro-Israel lobby group provides a platform for “leaders who express bigotry and oppose basic Palestinian rights.”

Earlier, then-Democratic presidential candidate and Massachusetts Senator Elizabeth Warren also said that she would not attend the conference. On Thursday, Warren dropped out of the presidential race.

Since the novel coronavirus outbreak began in China last December, it has infected about 100,300 people globally and killed more than 3,400. The majority of cases and deaths remain in mainland China.

The death toll from the coronavirus in Iran, which has one of the highest numbers outside China, stood at 107, Health Ministry spokesman Kianush Jahanpur said Thursday.

A former American counter-terrorism specialist and military intelligence officer of the CIA, Philip Giraldi, has said that the “Coronavirus did not occur naturally through mutation but rather was produced in a laboratory, possibly as a biological warfare agent.”