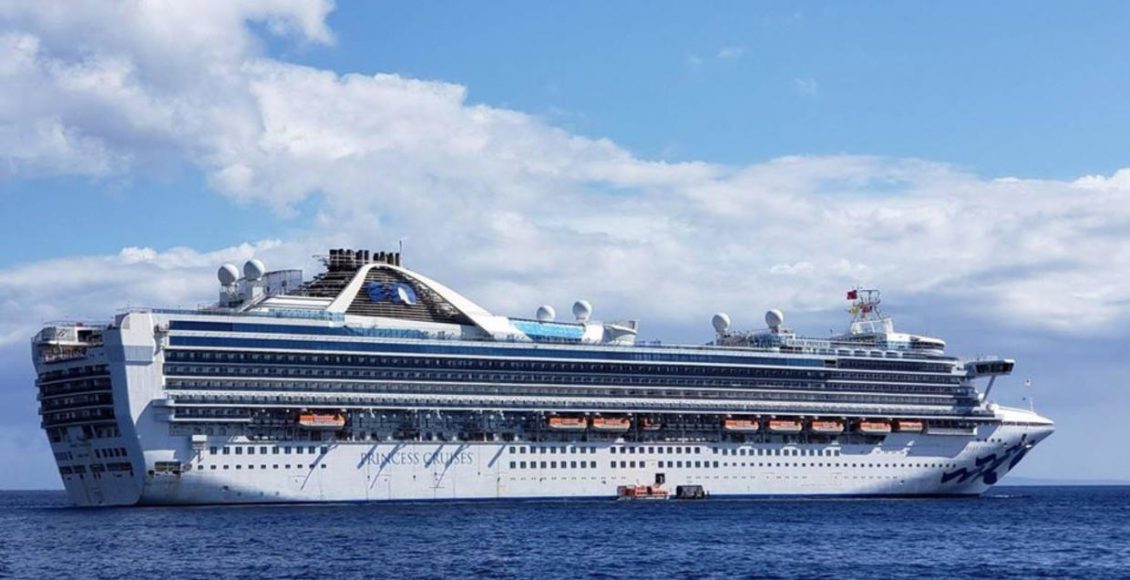 Anxiety Aboard US Cruise Ship as NY Declares Coronavirus Emergency

Passengers trapped aboard a US cruise ship stranded by a coronavirus outbreak spoke of their growing anxiety Saturday as New York announced a state of emergency and confirmed cases across the country surged past 400.

The fast-spreading virus has already spread to 30 states, killing at least 19 people, while the US capital announced its first case Saturday and Americans were coming to terms with public events being canceled across the country.

The Grand Princess cruise ship was stranded off San Francisco with 21 coronavirus cases discovered on board.

One holidaymaker told AFP the captain had informed passengers — many of them elderly — it was unlikely the ship would dock on Saturday.

Jan Swartz, the CEO of Princess Cruises, said the company was awaiting instructions from federal, state and local officials on the fate of the vessel

which had been due to dock in San Francisco on Saturday following a 14-day trip to Hawaii.

Authorities ordered the ship to remain offshore after it emerged that a passenger on a previous voyage had contracted the virus and later died.

Tests on 45 passengers and crew who had displayed flu-like symptoms confirmed on Friday that 19 crew and two American passengers had the new coronavirus.

Grand Princess, and their home communities,” Swartz told reporters at a press briefing.

“Our preference is to get the guests and the crew off the ship as soon as possible,” she added.

Vice President Mike Pence, who is in charge of the US government’s response to the COVID-19 outbreak, gave no indication Saturday as to when the ship might dock, saying only that it would be over the weekend.

He said all 3,533 passengers and crew would be tested for coronavirus and quarantined if necessary.

Nationwide, more than 400 people have contracted the virus so far with dozens of new cases emerging daily.

New York became the latest state to declare an emergency as the number of patients there rose to 89, including a driver who apparently worked for ride sharing company Uber.

The announcement came as the first US service member stationed at home tested positive.

Maryland officials also reported that two people who were at the recent Conservative Political Action Conference attended by Pence and President Donald Trump had tested positive for the virus.

Starbucks reported that one of its employees in downtown Seattle had tested positive and the store had been shut down for cleaning.

Asked whether he was worried about the virus getting closer to the White House, Trump said he was “not concerned at all.”

He also said he did not plan to cut short his public engagements.

“We’ll hold tremendous rallies,” said Trump before hosting a dinner in Florida for the president of Brazil.

In an effort to contain the epidemic, concerts, festivals and other public events have been canceled across the US.

The panic over the fate of the Grand Princess is reminiscent of the Diamond Princess, a sister vessel that suffered its own coronavirus outbreak while moored off the coast of Japan.

Worldwide, the number of coronavirus cases exceeds 100,000 and the overall death toll is more than 3,500 across 95 nations and territories, according to the latest count by AFP.