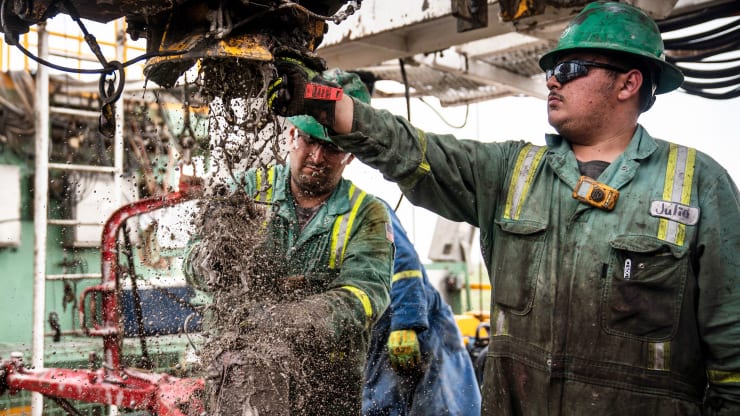 Oil Prices Head for Worst Weekly Loss in over a Decade

Oil prices were headed for their worst weekly loss in more than a decade Friday after Saudi Arabia and Russia launche a price war and the coronavirus pandemic sparked an equities meltdown.

US benchmark West Texas Intermediate reversed earlier losses in afternoon trade, rising about two percent to around $32 a barrel after the US military launched air strikes in major crude producer Iraq.

But prices are still down more than 20 percent this week and on course for their biggest weekly drop since the global financial crisis of 2008.
Brent crude, the global benchmark, also jumped about two percent to about $34, erasing earlier losses — but is still down 25 percent for the week, Bloomberg News reported.

Crude markets were plunged into turmoil at the start of the week after top exporter Saudi Arabia began a price war amid a row with Russia over whether to cut output to support the virus-battered energy sector.

That triggered the biggest one-day drop on Monday since the start of the Gulf War in the 1990s. The virus outbreak then added to downward pressure, as growing concerns about a global recession and travel restrictions — including a temporary ban on travel from mainland Europe to the US — dimmed the outlook for demand.

“The scale of the oil price crash would have economists and analysts revaluating their forecast for growth, and even increase the urgency among central bankers to cut interest rates,” said Phillip Futures in a note.
Emergency measures by central banks Thursday failed to douse concerns about the economic toll from the outbreak, and markets suffered their worst day for decades.

The rout continued in Asia Friday with stocks and oil plummeting in morning trade, although they pared their losses in the afternoon.
The price war started after Saudi Arabia and other OPEC members pushed for an output cut to combat the impact of the virus outbreak.
But Moscow, the world’s second-biggest oil producer, refused — prompting Riyadh to drive through massive price cuts and pledge to boost production.

History of American Relations With Terrorism, Where Does Yemen Stand?

Oil Prices Head for Worst Weekly Loss in over a Decade