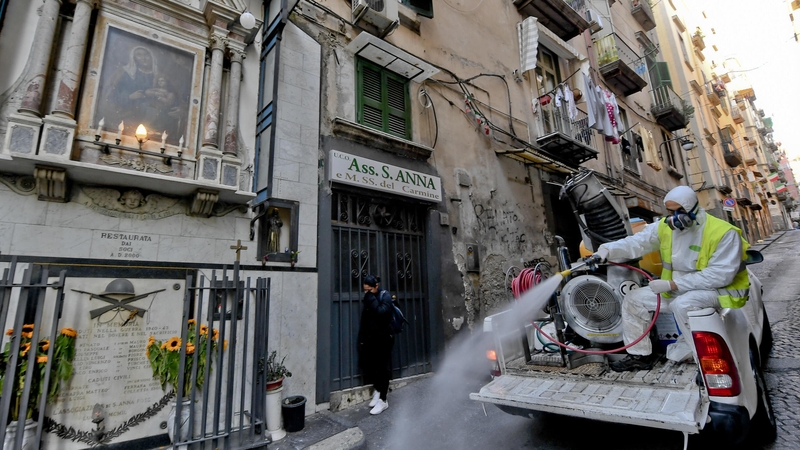 Italian Prime Minister Giuseppe Conte has said his country is to extend its lockdown measures further due to the virus.

Imposed nationally on 12 March, the shutdown of most businesses and a ban on public gatherings in Italy, the European country worst hit by the pandemic, are due to expire on 25 March.

School closures and other measures, such as a ban fan attendance at sporting events, are due to run on until 3 April.

“The measures we have taken… must be extended beyond their original deadline,” Mr Conte told today’s edition of the Corriere della Sera newspaper.

Conte referred to the closures of many businesses, “individual activities” and the shutdown of schools.

“We have avoided the collapse of the system, the restrictive measures function,” Mr Conte said.

He expressed hope that the country will hit a peak in a few days and see a decline in infection rates.

But he warned “we will not be able to return immediately to life as it was before” even after worst is over.

The pandemic killed 475 people in Italy between Tuesday and Wednesday, the worst toll in a country in a single day, according to an official count published yesterday.

A total of nearly 3,000 people have died because of the virus in Italy, almost as many as in China, where the pandemic began in late December.