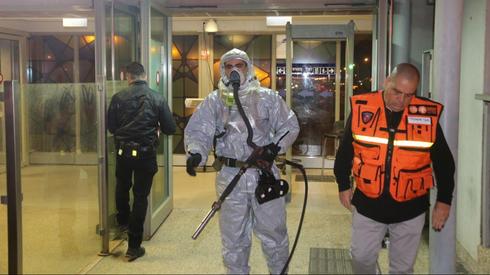 The number of coronavirus infections in the Zionist entity surpassed 1200 on Monday, with Israeli government holding a meeting on the possibility of tightening the lockdown.

Israeli Health Ministry on Monday morning announced that the number of infected people in the Zionist entity shot up to 1,238.

It said 24 people were in serious condition as a result of the virus, and 34 were moderately ill.

Some 464 of the ill were at home and 120 were being treated in hotels that had been converted to house COVID-19 patients, the ministry said, according to Israeli daily Times of Israel.

It added that some 37 people have recovered from the disease, while one person has died.

Meanwhile, Israeli Prime Minister Benjamin Netanyahu on Monday will hold a meeting with ministers and health officials by videoconference on the possibility of tightening the lockdown.

Public Security Minister Gilad Erdan on Monday doubled down on his call for a full lockdown of the country and called for greater enforcement.

Israeli ministers late Saturday night updated the emergency regulations, which came into effect on Sunday at 8 a.m. for the next seven days, aimed at keeping Israelis at home and to be enforced by police.

According to the new rules, which the government has vowed to enforce, Israelis must remain at home, with exceptions made for buying essential food and medical supplies or seeking medical treatment.

It wasn’t immediately clear what further steps Netanyahu was weighing, but health officials have criticized Israelis for continuing to gather in public spaces despite the order.