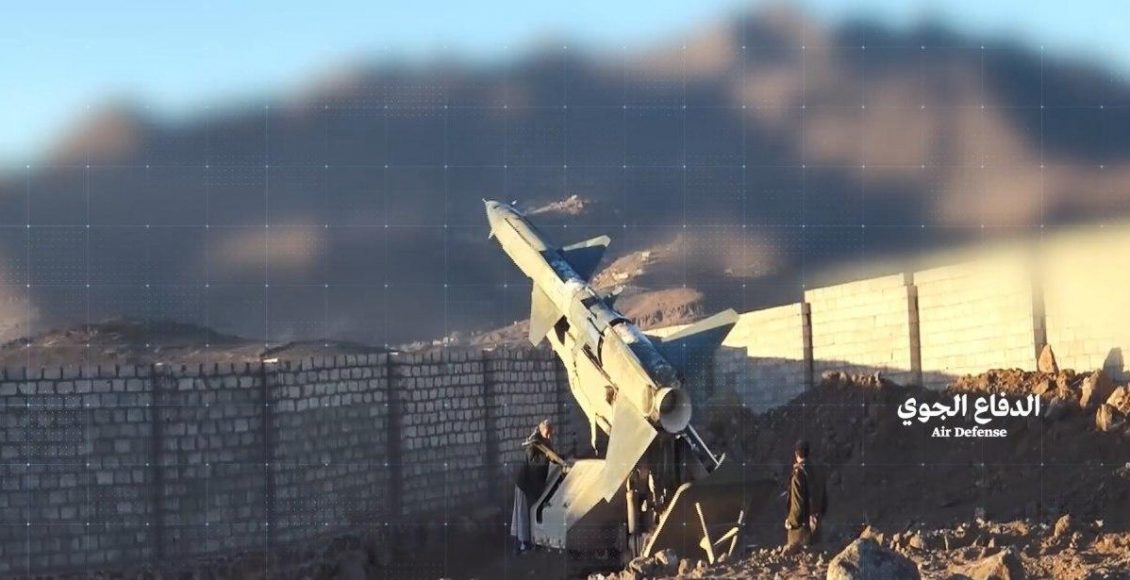 29 naval operations and 721 air defense operations ,53 combat and helicopter aircraft downed over the past five years

The Yemeni army’s air defense forces have shoot down over 371 warplanes, Apache, reconnaissance and spy planes since the beginning of the aggression on Yemen in March 26, 2015.

The Yemeni army’s spokesman Brigadier General Yahya Sarie explained during a press conference on Monday afternoon that the coalition aircraft that were brought down by the Yemeni air defenses included 53 fighter jets and Apache helicopters and 318 reconnaissance and spy planes.

Sarie indicated that the Air Defense Forces have carried out more than 721 operations during the five years of the war, including shooting down aircraft, repelling and forcing them to leave.

The air defense forces repelled the enemy aircraft and force them to leave in about 350 operations, he added.

He pointed out that during 2020, the Air Defense Forces achieved several successes, most notably the downing of a Tornado warplane, as well as a number of response operations.

The army spokesman noted that new air defense systems have entered the battle line and other systems are being developed to become more effective on the battlefield.

“During the past months, our air defenses carried out 64 operations, including the operation of shooting down the Tornado plane,” Sarie said.

At the conference, Sarie said that army’s drones have carried out 4116 military operations, distributed between 669 offensive operations and 3490 reconnaissance operations.

He added that these operations targeted military bases and installations, sensitive targets, gatherings and camps of the enemy, including targets inside the Saudi and Emirati lands, noting that more than 10 drones were used in one of those operations.

“The army’s drones have carried out 73 joint operations with artillery force, 11 with the missile force, and one operation with both,” Sarie said.

He explained that the drones implemented more than 160 operations during 2020, including 66 in the depth of Saudi enemy and 94 against enemy targets inside Yemen.