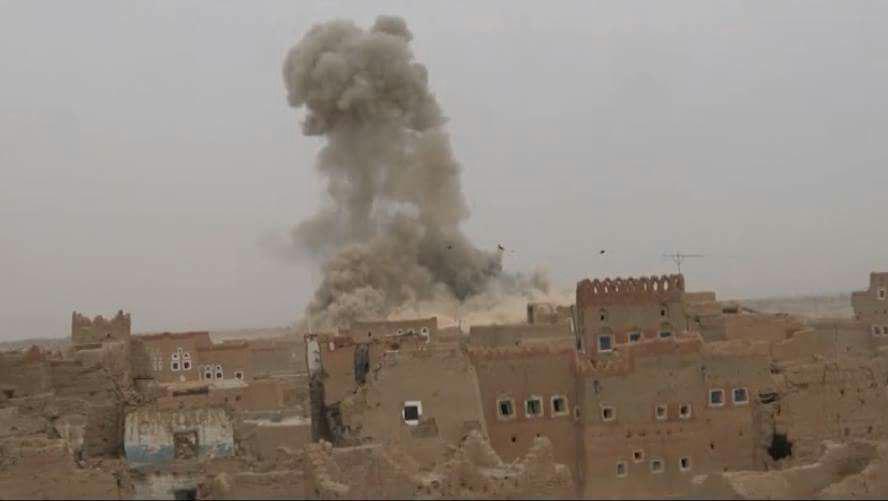 The US-Saudi aggression launched a series of criminal raids on separate areas of Amran, Ma’rib and Al-Jawf governorates.

A security source said that the brute aviation targeted 13 raids on Khub and Al-Sha`f, two raids on the Al-Hazm districts of Al-Jouf,
governorate.

The source pointed out that populated villages in the border district of Razih in Saada governorate were subjected to Saudi missile and artillery shelling.

The source condemned the continuation of aggression’s targeting civilians and populated areas, farms, markets and public and private properties, in light of the defective international silence.

UAE and Saudi are clashing in Yemen